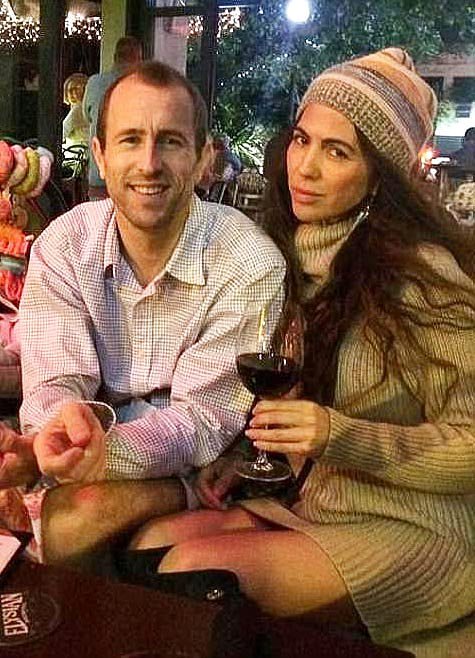 FLORIDA/PHILIPSBURG–Lewis Bennett, (38) who lives in Florida was arrested this week on a federal charge of transporting thousands of dollars’ worth of gold and silver coins that were snatched from a vessel in St. Maarten in 2016.

Bennett, who last saw his missing wife when their boat capsized in the Caribbean, was granted a US $250,000 bond Friday during the hearing. Investigators say they recovered some of the stolen coins from Bennett’s life raft when he was rescued by a Coast Guard helicopter on the night his new wife Isabella Hellmann (41) was lost overboard in May. The couple have a nine-month-old daughter together.

His arrest adds a new twist to a mystery that has set Hellman’s relatives against Lewis as they tried to find out what happened to the mother as she sailed through the waters of the Caribbean on a belated honeymoon.

According to news website Sun-Sentinel.com, U.S. Attorney’s spokeswoman Sarah Schall said Bennett is scheduled for an arraignment in a Key West courtroom on September 11. Bennett’s attorney, Marc Shiner, could not be reached for comment Friday.

Hellmann (41) was last seen by her husband on Mother’s Day while cruising the Caribbean in their catamaran Surf into Summer, court records show. Bennett told authorities his wife was at the helm as he slept when he heard a thud and the vessel began to sink.

Hours later, on May 15, the U.S. Coast Guard rescued Bennett from a life raft that was later found to contain a backpack, buoys, gallons of water and nine plastic tubes containing 235 stolen English and Canadian coins. According to a criminal complaint, another 162 gold coins were found in Bennett’s residence in a pair of shoes. The value of the stolen coins that have been recovered so far, totals more than US $30,000, the complaint said.
The owner of the coins, whose name was not disclosed, said the total value of his stolen loot was approximately US $100,000, court records show. According to the Florida Department of Children and Families, the agency has not been involved in placing the child with a custodian while her parents are unable to care for her. Hellmann’s relatives could not be reached for comment.

The May 2016 theft of the coins that led to Bennett’s arrest happened after a night of partying, said Capt. Glen Werleman, Chief of the St. Maarten Coast Guard. “When they woke up the following morning everything was missing. They came right after they woke up,” he recalled when reached by phone this week. “Three people came here and reported stolen goods from the Kitty R,” he stated.

Werleman said on May 6, 2016, Bennett, along with two other British nationals, Edward Harwood and Douglas Berger, reported the theft on the Kitty R, a vessel based in Gibraltar. Bennett and Harwood were Kitty R’s crewmembers and Berger was its captain, Werleman added to the interview with Sun-Sentinel.com.

Each man listed missing items in a handwritten-report that included 40 “half sovereign” gold coins and 60 silver “10-ounce” coins, in addition to iPads, headphones, an engagement ring, a laptop, a hard drive and 3,500 Euros.

Prosecutor’s Office spokesman Norman Serphos, said the prosecutor on the island is no longer pursuing the case and US authorities have requested no information be released.

“It’s not in our hands anymore,” he said. “The police made a report and that report is underway to the US. They asked to take the reins.”
Berger, Kitty R’s captain at the time of the theft, declined to comment Thursday when reached by email. According to marine records, the vessel was located near Ibiza, off Spain’s coast on Friday afternoon.