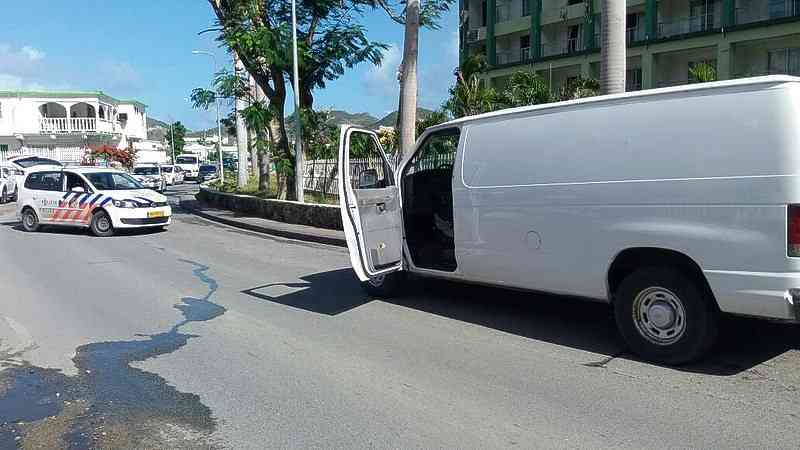 A police vehicle and the van in which the compressed drugs were found.

Police spokesperson Chief Inspector Ricardo Henson said in a police press release that the Emergency Dispatch had received information around 2:45pm Friday that two unknown men had been suspiciously loading a white panel van with two large duffle bags. While loading the van an object that looked like a firearm dropped from one of these men.

Based on the information received, police patrols were ordered to intercept the van which was driving toward Philipsburg. Shortly afterward the panel van with only the driver was stopped in front of Sonesta Great Bay Hotel. During a search of the van two duffle bags were found, each containing several large packages of compressed illegal drugs.

The male suspect was arrested on the spot and the van and the bags of illegal drugs were confiscated for further investigation by the Detective Department.