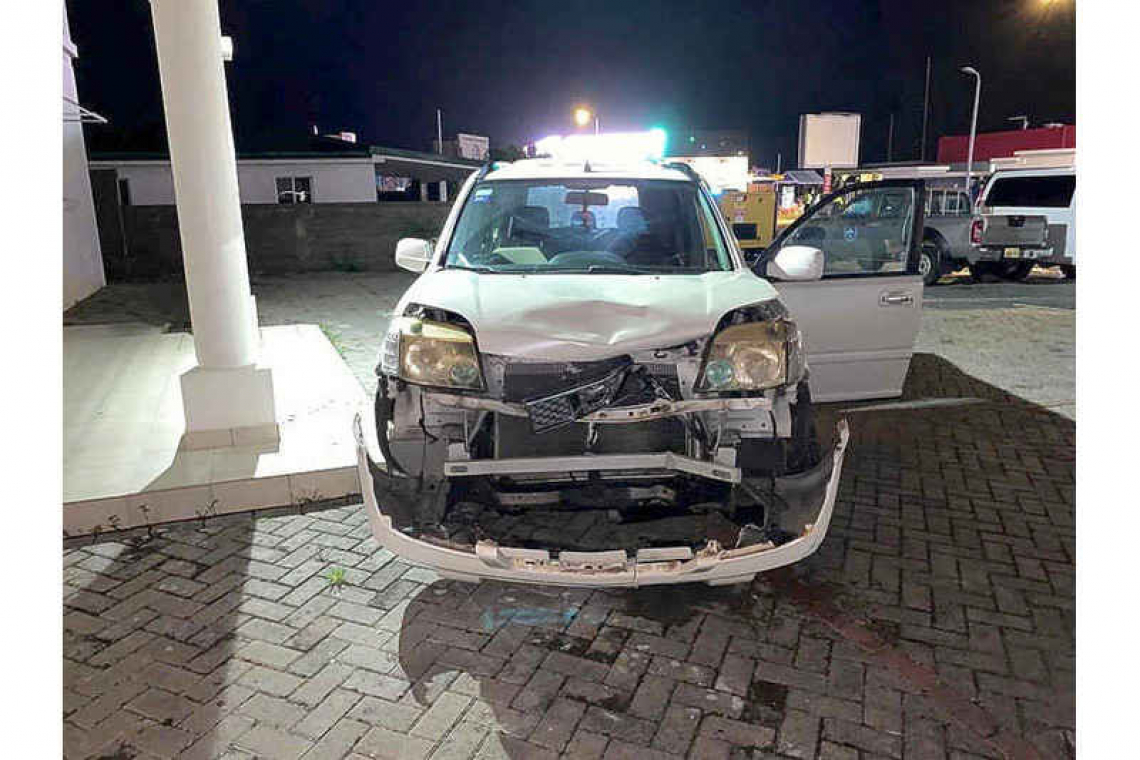 The Nissan X-Trail that was damaged in a collision with a scooter late Sunday night.  SIMPSON BAY–Scooter rider M.C. broke his hip and left shoulder after colliding with a white Nissan X-Trail on Airport Boulevard near Texaco gas station around 11:00pm Sunday.

According to police, C. was riding a white scooter on Airport Boulevard in the direction of Cole Bay, while the Nissan driver was travelling in the opposite direction towards the airport. C. attempted to make a left turn into the gas station. He tried to brake to avoid hitting the oncoming vehicle, but was unable to do so in time and struck the Nissan almost head-on.

Police and Ambulance Department personnel were called to the scene, and found the scooter rider complaining of pain in his shoulder and back. Paramedics treated him there, and later took him to St. Maarten Medical Center (SMMC) for further medical care.The white scooter also sustained severe damage in the collision.<img src=”/images/2020/09/29/page7b101.jpg” alt=”” />

Besides the broken shoulder and hip, C. suffered several other cuts to his body. His wounds are not life-threatening.

The Nissan X-Trail and the scooter were also severely damaged in the collision. The police Traffic Department is investigating the accident.