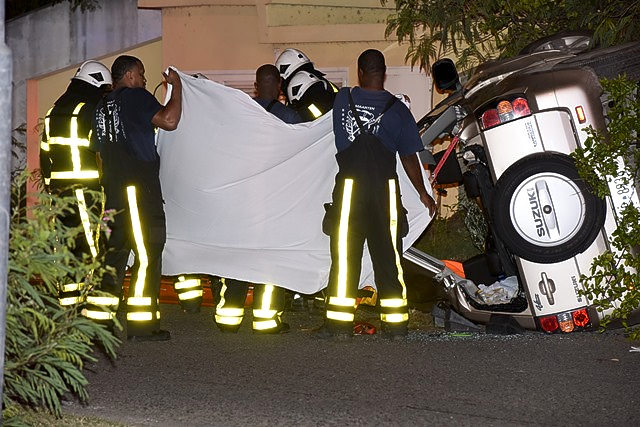 SUCKER GARDEN–One man is dead after a freak accident on Sucker Garden Road on Wednesday morning close to 2:00am. The driver was heading to Oyster Pond Road when he lost control of his Suzuki Vitara and flipped over on the side of the street. The man died moments after the incident and was identified as a French side resident known as “Carlos”. Emergency personnel rushed to the scene and cut out the driver with the Jaws of Life. According to eyewitnesses, the man was speeding and overtook several vehicles before the accident occurred.Acting Police spokesman Steven Carty had not yet released information about the incident and remained unavailable to several media outlets for comment. The Daily Herald sent several emails to the Chief of Police Carl John as well, but they were not returned.