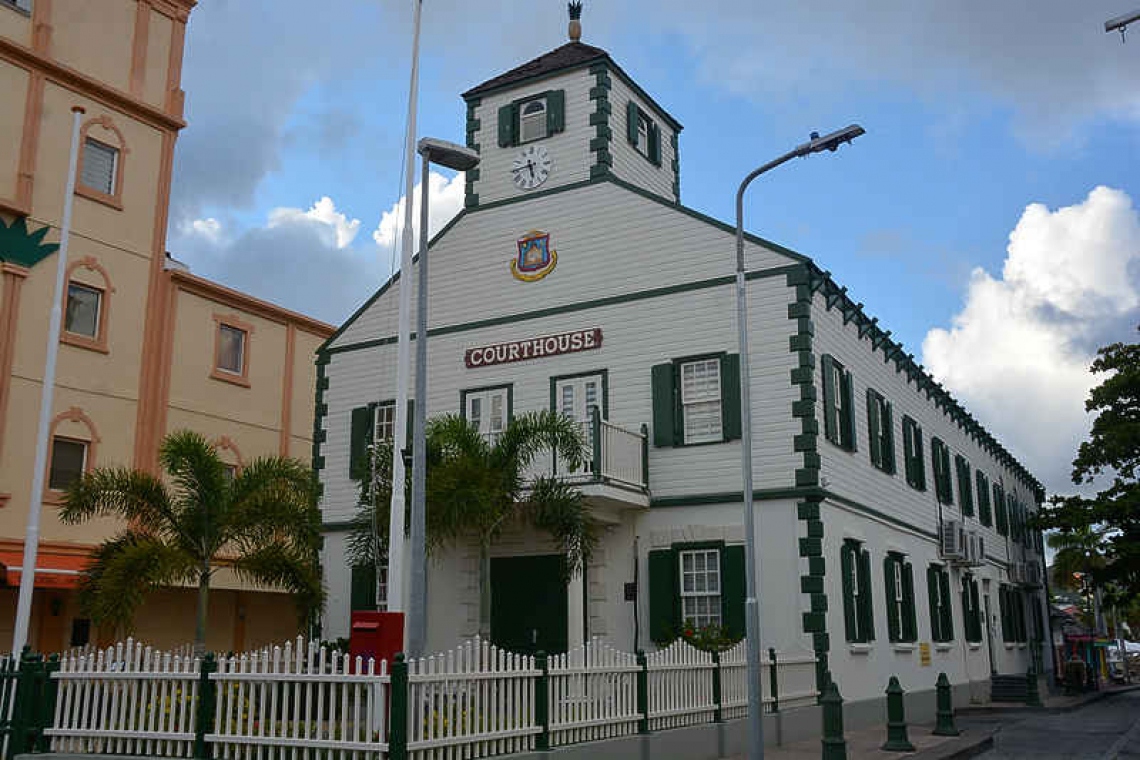 PHILIPSBURG–W.L.W. (59) appeared before the judge in the Court of First Instance on Thursday, suspected of having been involved in the kidnapping and mistreating of a man under threat of firearms in Pelican Key on January 14, 2020.

Three co-suspects in this case – George Antoine Lee Hodge, Rudolf Alberto Magloire and Andrew Rodolph Joseph – were all found guilty in May 2021 of having kidnapped their victim, who was driving his 17-year-old son to school, on Billy Folly Road, close to their home, around 6:30am. All three were sentenced to four years, six months of which were suspended, on three years’ probation.

The victim, who was reportedly involved in the drug trade, was attacked by two masked men, mistreated, injured and held captive while W. allegedly drove him around the island for 3½ hours. The victim’s hands were tied and his eyes and mouth covered with duct tape. In French St. Martin, the kidnappers tried to extort unknown quantities of money or drugs from him, but failed, as the victim claimed he had neither.

All suspects denied the allegations, but admitted there had been a “situation” going on for quite some time between the victim and W. about a debt of some 15,000 euros. The three said they had tagged along to help W. but denied their involvement in kidnapping or any other crime mentioned in the indictments. They also denied they had been driving around the island for more than three hours and said the incident had taken no more than a few minutes.

The injuries sustained by the victim were not the result of mistreatment but because he was injured as he fell on the street with no shoes on his feet. “He was not hurt by anybody. No violence was used against him,” co-suspect Hodge claimed during his hearing.

The victim told the police he had been confronted by four armed men who pushed him into a car, driving him around for a few hours while asking him for money or drugs. He was dropped off at his house at 9:45pm that same day, after he received a clean T-shirt to replace his bloody outfit.

W. told the judge on Thursday that he had taken the three men with him because the victim had pulled a gun on him several days before the alleged kidnapping, when he came asking for his money. “I took them with me for my protection. I did not see that they were carrying guns and the man was not forced to sit in the car. … I did not kidnap him, I talked to him.”

The Prosecutor’s Office is holding W. as the “initiator and principal” of the violent kidnapping “for profit”. It also considers him guilty of possession of illegal firearms.

Attorney-at-law Shaira Bommel pleaded with the court to acquit W. of all charges. She said he did not have a role in the alleged kidnapping and only wanted his money back.

“My client was scared and he panicked and drove the car to his workplace, which is across from the police station in French St. Martin. You don’t do this when you’re kidnapping someone. He wanted [the victim – Ed.] to be taken home, and after the alleged kidnapping, my client and the alleged victim kept in touch by telephone,” the lawyer said in denying this was a case of kidnapping or deprivation of liberty.

W.’s “associates” were only “mediators”, and their actions cannot be attributed to him, said Bommel, in denying that her client was an accomplice in this case.

The court will rule October 28.