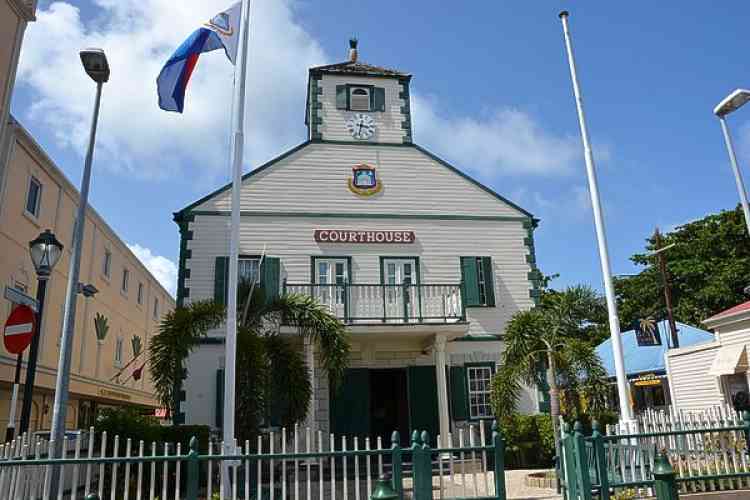 PHILIPSBURG–R.C.C. (32) heard the Prosecutor call on Wednesday for a prison sentence of four years, one of which to be suspended, on three years’ probation, for possession of no fewer than six firearms, 1,500 pieces of ammunition and 747 grams of marijuana.

The Prosecutor called for his acquittal of misappropriation of a stolen vehicle for lack of evidence.
C. was arrested on September 25, 2017, after the police were tipped off about a stolen vehicle parked in front of an apartment building on L.B. Scott Road.
C., who lived in the building, was arrested. The weapons and ammunition were found at different locations in the apartment during a search.

The vehicle was one of many cars stolen from local car dealers after Hurricane Irma. C. told the Court the car belonged to a friend who was seeking a safe environment to park his car. C. said he was not aware that the vehicle had been stolen, as the car came with licence plates and the original keys. “It was not tampered with and I kept it for safekeeping,” he said.

C. stated that he had inherited the weapons from an uncle and had never applied for a licence. He claimed he had forgotten all about the weapons until after Hurricanes Irma and Maria, during which his family business lost one of two supermarkets, while the other was under threat by looters.

“I was traumatised,” C. told the Court. “In 2016, 30 Chinese stores were robbed. My uncle was shot and there was a serial killer on the loose. Looters tried to break into our last and remaining store after Maria. I panicked and bought ammunition one day after Irma,” in French St. Maarten.

“I was very scared. Everything was chaotic after Irma,” he said, adding that it was “never” his intention to take lives or to hurt someone.
In underlining that he did not have any bad intentions, he said his family had started baking bread for 16 hours a day to provide for the needy in the hurricane aftermath. “I personally delivered bread at the police station, White and Yellow Cross Foundation and other institutions,” he said.

C., who works in the family bakery, said the marijuana was for his own consumption. He said he smoked about 10 to 15 grams of the substance daily.
The Prosecutor said the number of firearms and ammunition found was “quite staggering” for someone who claimed he needed the weapons for self-protection. In stating that the total firepower was sufficient to start a “little war,” the Prosecutor said he wondered whether C. was not an arms dealer.

Attorney Shaira Bommel pleaded with the Court to declare the Prosecutor’s case against her client inadmissible, because she claimed the search of her client’s house had been illegal. She said her client had not given permission for the search and the police had violated the law under guise of the state of emergency.

She also pleaded for a lesser sentence because her client, who is no “seasoned criminal” had never used a gun and is highly needed in the family business.
The Judge will give his decision March 21.