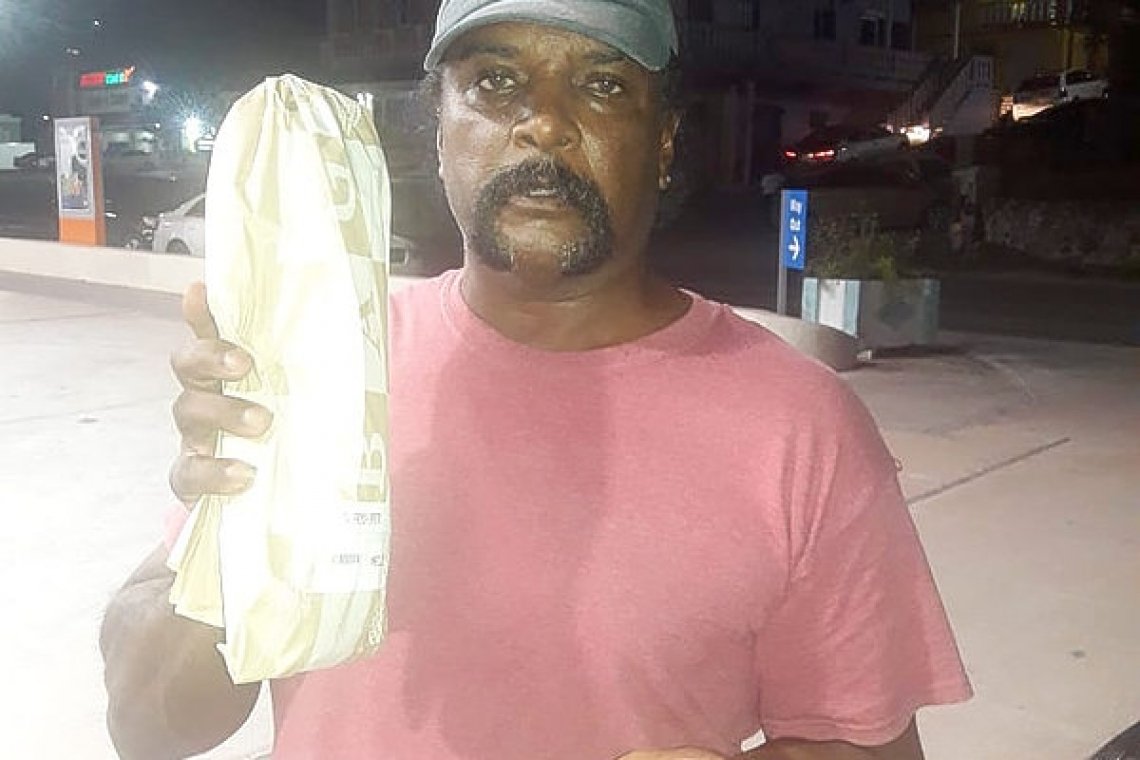 Alex Velasquez holds up the remaining portion of the bread and the tooth.

PHILIPSBURG–A man got the surprise of his life when he bit into a piece of what he is convinced is a human tooth in a sandwich he had made from fresh bread purchased from a local supermarket on Thursday.

Alexander “Alex” Velasquez said he bought the bread at the supermarket on Thursday afternoon. He went home and made a ham-and-cheese sandwich which he said tasted so good that he decided to make a second one. While eating the second sandwich, he bit into something hard and when he had a closer look, it was a tooth.

He said the tooth could not have come from the ham, as this was sliced thin and he would have noticed it protruding had it been in the ham. So, he concluded that it came from the bread. Finding the tooth troubled him, so he decided to take the remaining portion of the bread and the tooth back to the supermarket.

The supermarket was closed at the time, but he managed to see a representative of the supermarket who expressed shock and asked him to return today, Friday, so that the matter can be investigated.

Velasquez is convinced that the tooth was in the flour from which the bread was made. “It can be flour that came from China contaminated. They [China – Ed.] probably put the coronavirus into the flour to make people sick,” he said. “The public has to know about this.”

Based on advice, he will be making a report of the incident to the police today. He also believes that inspectors from the Inspectorate of Health should visit the supermarket and either close down its bakery or dump the entire batch of flour used to make the bread, as he is convinced that is contaminated.