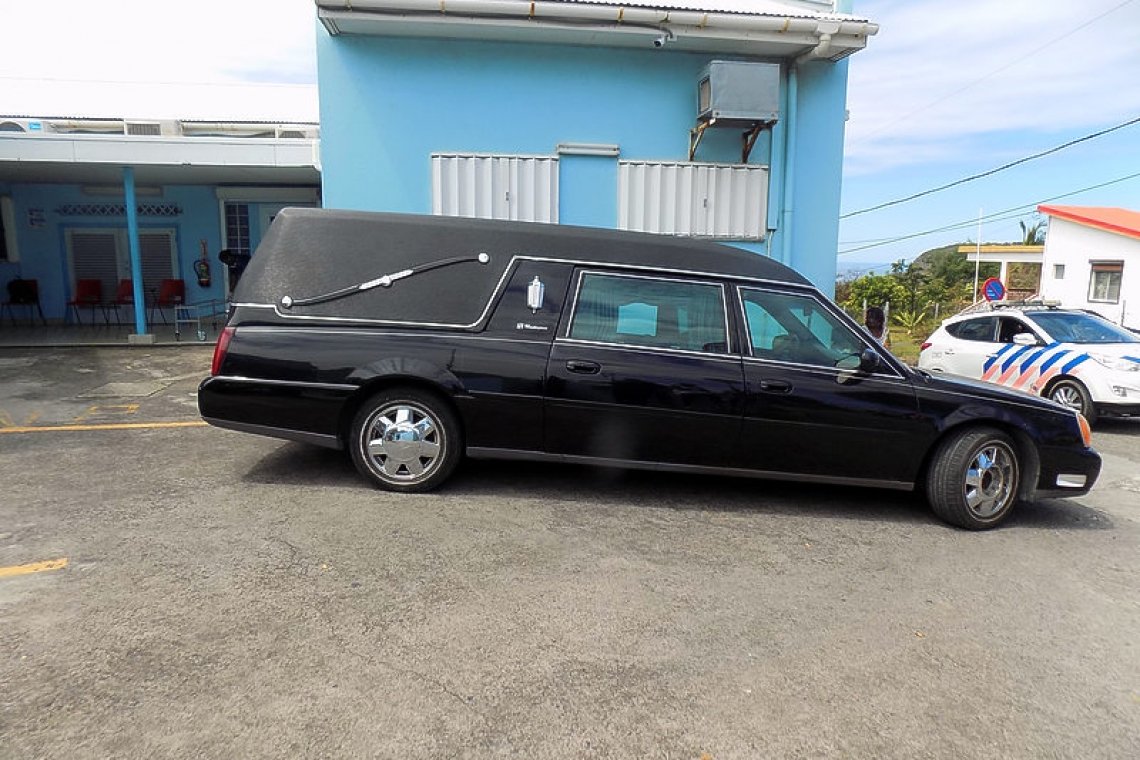 The hearse with the mortal remains of the 36-year-old man backing into Queen Beatrix Medical Centre in St. Eustatius on Monday, February 3.

Police officers and members of the Queen Beatrix Medical Centre Ambulance Department were dispatched to examine the situation.

The police stated later on Monday that there appeared to be no signs of foul play in relation to the deceased, who was identified as a 36-year-old man C.Z.

The body of the deceased was examined by the doctor on call, who reported that there appeared to be no sign of trauma visible on the man’s body. After the examination C.Z.’s mortal remains were handed over to his family.