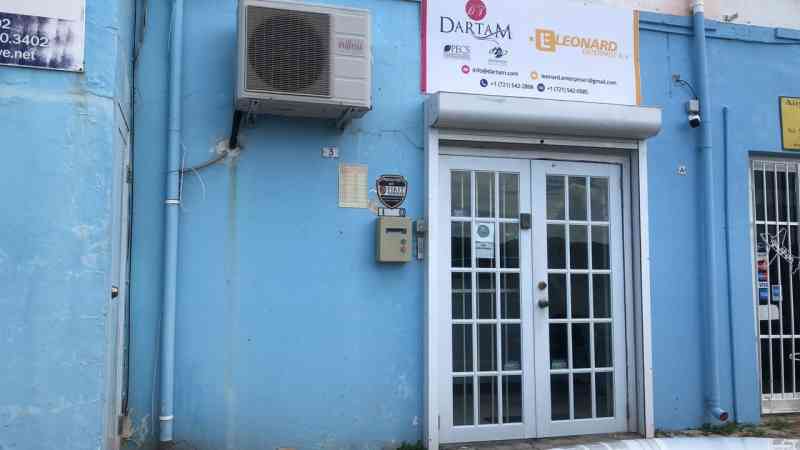 MADAME ESTATE–Leonard Enterprises Managing Director Inocensia Leonard was shocked on Tuesday morning by the behaviour of a man who wanted to work for the company driving its trucks. After being told that the position needed a C driving licence, the man became violent and started to hit the office entrance door and counter.

Police were called quickly and calmed the situation before Leonard decided to press charges against the man. Police questioned both parties and took the information from the man before telling him to leave the property.

According to Leonard, the man was not detained and she was told that the prosecutor would have to make a decision whether the man should be detained.

In an interview with The Daily Herald on Tuesday evening, Leonard said the man had come to her office in January requesting work. She informed him that he would need a C driver’s licence to operate trucks to even be considered for the position. The man said he would work on getting the licence required and would come back for an interview.

The man came to the office again on Tuesday and asked whether the position is still available. Leonard told the man that it is, but two candidates are being interviewed for the position. The man asked Leonard whether he would be considered for the driving job if he brought proof that he had requested the C licence.

Leonard told this newspaper she had told the man that the candidates would have to fail their training for him to be considered, but it would be his choice whether he came with proof of requesting the change of licence.

“I told him that he would need the actual licence to be a candidate for the job. He started to get angry and said that he has been coming to the office for some time now, and he wants the job. The man then left and came back after a while asking for his copies of his documentation he left at the office back in January when he originally applied for the position. He was outside and I did not feel safe to let him inside the office, as he was making threats through the intercom system by our magnetic security door,” she said.

The man broke the entrance door and made his way inside, demanded to get the copies of his information back and Leonard informed him that she did not have them.

“He punched a hole with his fist on the counter and said he was not leaving until he gets the job or his documents back. I called the police for assistance and he said he would call the police also,” Leonard said.

She said that after the man’s emotional outburst, he had been told not to come back, that the job was no longer available for him to apply for.

“Police came on scene and dealt with the situation first-hand,” said Leonard.

She was surprised that the man was not arrested for threatening her life and damaging her property. She hopes the Prosecutor will take a look at the case and deal with the situation as soon as possible, because the man is still at large.

Police spokesman Chief Inspector Ricardo Henson said on Tuesday that he had not yet seen the full report about the incident and would comment at a later time.