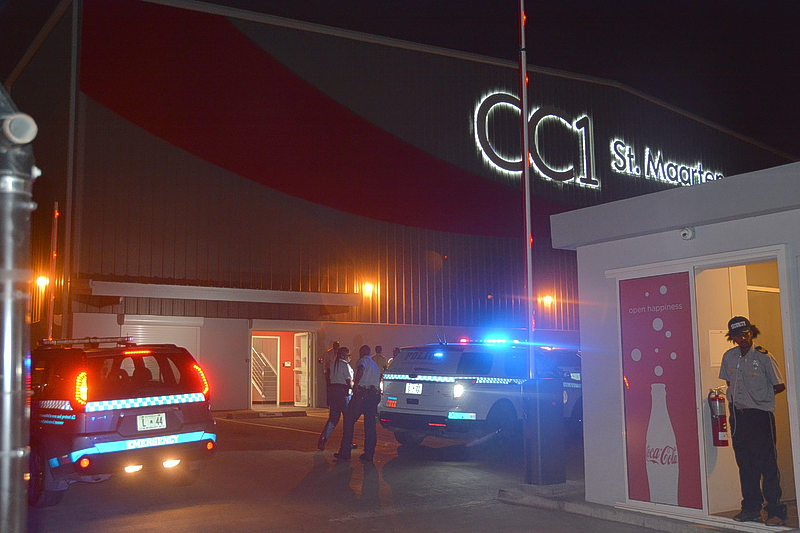 CAY HILL–Police are investigating a brutal assault on Managing Director of Coca Cola distributor CC1 Ada Iris Delgado on Friday evening by a man who is believed to have been under the influence of some type of illegal substance. According to information from eye witnesses, the man stabbed Delgado several times landing her in the hospital close to 8:10pm.

Police Spokesman Ricardo Henson in an invited comment said that the man was hanging around the CC1 building in Cay Hill when he asked Delgado for a hug, she refused him and he got very aggravated.

The man, who is known by police, stabbed her in the face and head and body. Ambulance and police patrols immediately responded to the incident.

Delgado is presently at the St. Maarten Medical Center in critical condition. Another employee who witnessed the incident was in shock and was treated by the ambulance personnel on scene.  Police are on the lookout for the suspect.