Home Local News MAN, MFK and PAR all end up with four seats 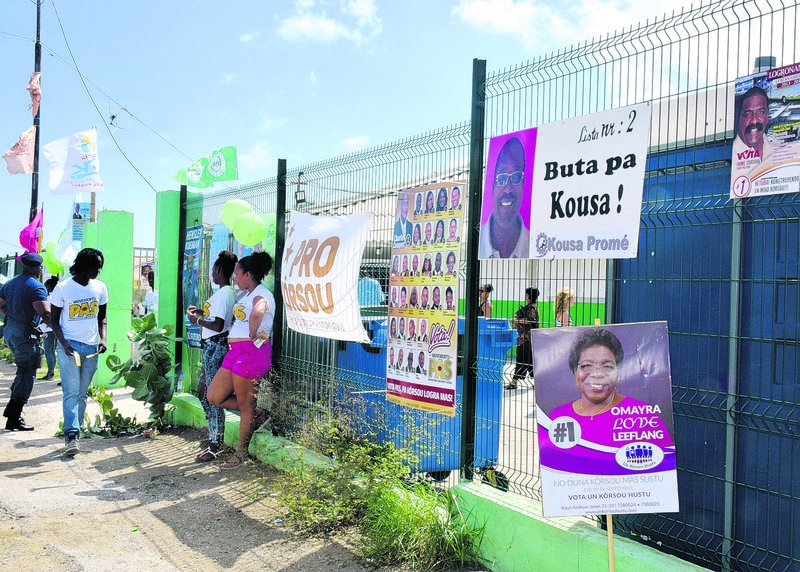 WILLEMSTAD–There was no clear single winner after 105 of 108 polls in Curaçao’s elections had been counted early Thursday morning, as the three biggest parties MAN, MFK and PAR were each headed for four seats in Parliament.

The big loser was PAIS that lost all its four seats, while “Pueblo Soberano” (PS) went from five to just two seats.

The turnout was considered good at some 70 per cent and there were no major incidents. Most political leaders cast their ballots in motorcades and/or mini-parades with musical entertainment and cheering supporters in their wake.

The current governing partners that maintained representation in Parliament PAR, PNP and PS with a combined eight seats fell far short of a majority in the 21-seat Parliament, so that the current coalition cannot return without including others.

The other foreseen combination of MFK (12,224 votes or 15.8 per cent) and UKdNT (8,023 or 4.6 per cent) could materialise, but four more seats would be required and neither MAN nor PAR is expected to favour such an option, and the same goes for PS and PNP.

Certainly the question who will be the next Prime Minister was hard to answer late last night, especially as personal votes also could play a role.

The number of invalid votes after counting 105 of 108 polls was 1,039 or 1.3 per cent. The result still has to be verified and things could change.