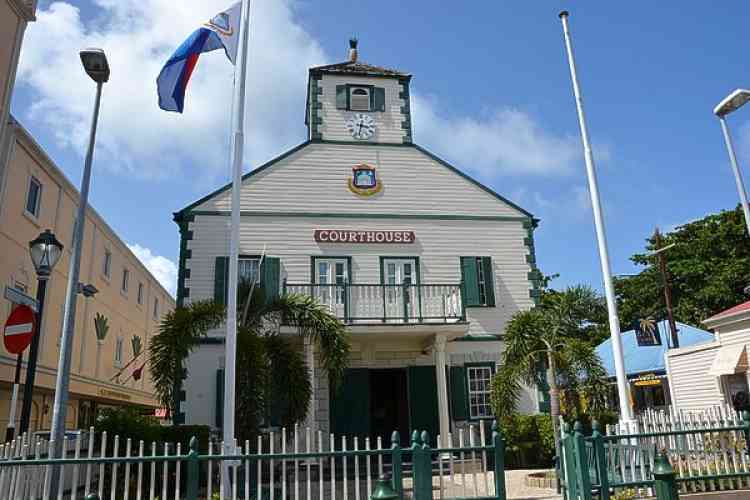 PHILIPSBURG–A 46-year-old man, on Wednesday, was sentenced by the Court of First Instance to 162 days, sixty of which were suspended, on two years’ probation for trying to set his stepfather’s car on fire and for mistreating the 72-year-old man with a baseball bat.

For these crimes, which were committed August 30, 2018, Christopher C.R. Maccow was ordered to submit himself to Parole Board guidance, which may also include Aggression Replacement Training (ART) and alcohol-addiction treatment at Turning Point Foundation.
Maccow confessed to the crimes and stated he got angry when he found the gate to his stepfather’s house closed.

He told the Police he had given his stepfather 10 minutes to open the gate. When this did not happen, Maccow, who was inebriated at the time, smashed one of the car’s windshields in and attacked his stepfather.

The first offender lives with his stepfather who provides for the household. Maccow works as a mechanic and does clean-up work, he informed the Judge. He said he had, in the meantime, offered his apologies to his stepfather, with whom he is still sharing a home.
Based on the defendant’s confession, the victim’s statement, the medical information in the case file and the confiscated bat the Prosecutor found the charges proven.
He said the defendant had damaged the car and had caused light injury to his stepfather. The Prosecutor added that Maccow had also put residents in the area in danger as the car could have caught fire, which could have caused an explosion.

Considering the defendant was also sentenced for attempted arson in 1988, and had already spent 102 days in pre-trial detention, the Prosecutor demanded a prison sentence of 180 days, 78 of which were to be suspended, on three years’ probation with mandatory Parole Board guidance.
In formulating his demand, the Prosecutor said he had taken into consideration the suspect’s personal problems and the “light-heartedness” by which he had committed the crimes.

According to attorney Geert Hatzmann, the Prosecutor was guilty of “overkill” in handling his client’s case and in taking a “cheap shot” at the victim’s senior age.
“The victim is not an ailing and vulnerable elderly man,” the lawyer said. He agreed with alcohol-addiction treatment, but said four months would be a more suitable punishment for his client.