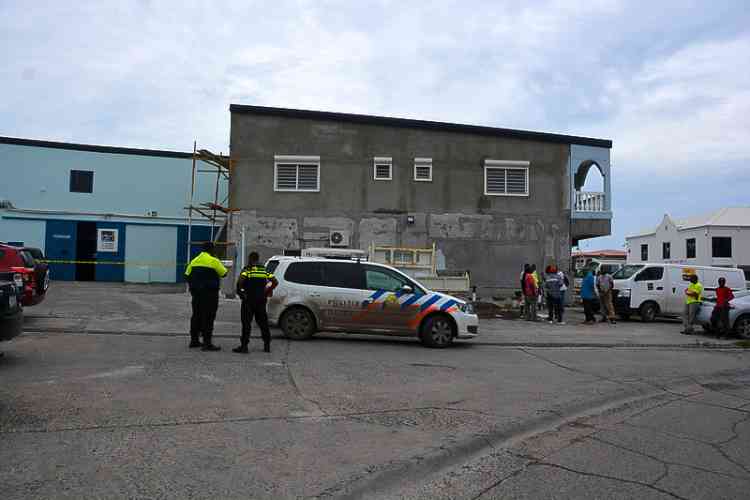 COLE BAY–The owner of Drywall Systems NV was a victim of a robbery on Friday afternoon when a lone gunman came into his business and shot him in the leg. According to witnesses the man demanded money from the owner and started to get aggressive after he was told there was no money to give.

The business is located on Orange Grove Road at the intersection of Wellington Road. Police patrols rushed to the scene and found the owner on the ground bleeding. Ambulance officials were called in to transport the victim to the hospital for further treatment.
The robbery took place at 3:30pm and a number of workers where inside the business at the time. man told The Daily Herald that the robber was seen sitting outside the business for hours before coming inside with a gun.

The culprit did not get any cash from the owner and drove off in an unmarked vehicle towards the French side border. Police are investigating the violent incident.