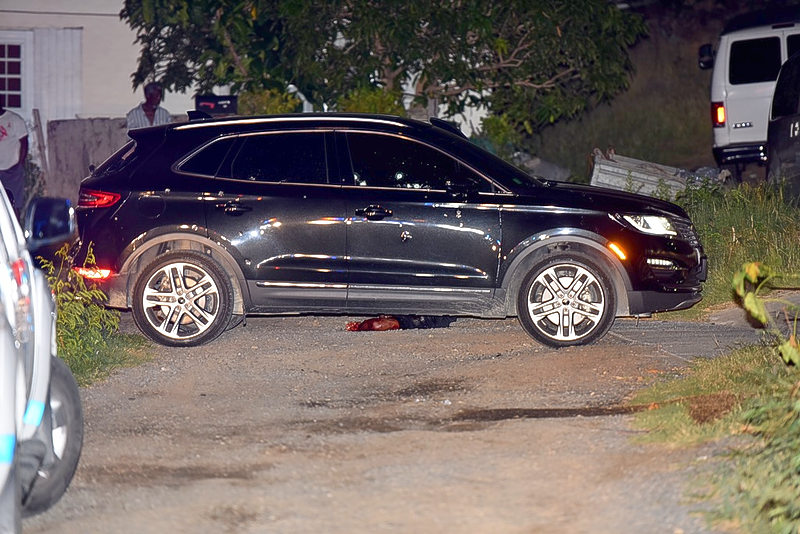 PHILIPSBURG–Franklin Brunash was shot in cold blood, execution-style, by unknown assailant(s) in front of his home in Hope Estate late Tuesday evening. Police arrived on the scene after 11:00pm and found the young man on the floor of a black SUV near the driver’s side.

Police Chief Carl John and a Prosecutor were on scene late Tuesday as investigators were speaking to any possible witnesses trying to piece together what had taken place. Forensic officers also bagged and tagged any possible evidence found at the man’s home.

As the investigation continues, it is still too early to speculate on the reason for the shooting. However, police suspect that the multiple gunshot holes found on the vehicle caused the victim’s immediate death.

Police spokesman Chief Inspector Ricardo Henson is calling on any person in the community who might have information about the murder to call 911.