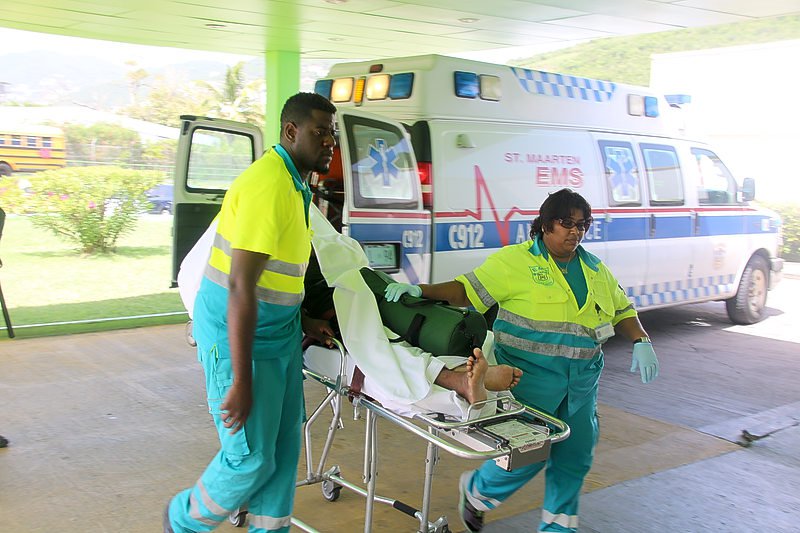 ST. PETERS–Police are investigating another shooting, this time in the district of St. Peters, where Darnell Thomas was shot by an unknown man Friday morning. Police vehicles were seen rushing to the district, as the man is believed to have ties to the “Bling Bling” crew.

Police circulated the area looking for any signs of the shooter and immediately started questioning possible witnesses.
Thomas was transported to the St. Maarten Medical Center (SMMC) for further treatment and insiders informed The Daily Herald that he did not suffer any major injury.
Police spokesman Chief Inspector Ricardo Henson said, “The victim stated that he was shot by an unknown assailant who had his face covered. After committing this act, the suspect fled the scene on foot.”
“The area was immediately closed off and a crime scene has been established. The victim was treated on the scene by paramedics and transported in stable condition to the St. Maarten Medical Center for further treatment. The Forensic Department came to the scene to collect evidence,” added Henson.
This marked a third day of violent acts this week. On Wednesday, Omar Jones was gunned down by a fellow inmate at the Point Blanche Prison, on Thursday, Alexandro Hodge was stabbed to death by a man who was later captured by police. Police continue to advise and caution for residents to keep out of trouble.