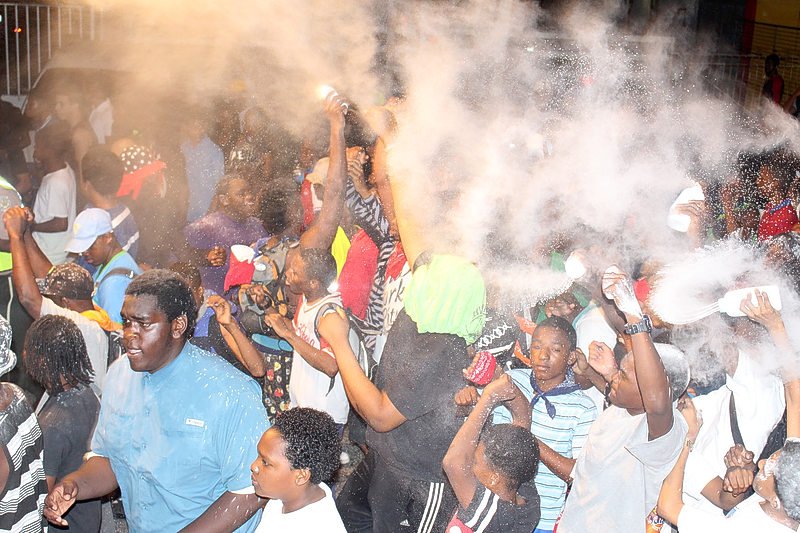 PHILIPSBURG–Police reported on Tuesday that a man was stabbed by unknown persons during the annual Opening Jump-Up. A total of four young men and two young women were arrested and taken to the Philipsburg police headquarters on Monday evening.

The four young men remain in custody for further investigation and the two young women were each given a fine of NAf. 150 before they were released. No suspect has been identified or arrested as yet in connection with the stabbing, according to police.

The parade left South Reward shortly after 8:00pm destined for Carnival Village. A large number of onlookers and revellers came out to attend this event.

“Even though the Police Force continuously stressed on the entire community and particularly the youngsters to conduct themselves in a lawful manner, they unfortunately chose to do otherwise. Along the route of the Jump-Up on numerous occasions police had to intervene and even arrest several persons that were involved in fights that had broken out.

“During one of the fights a man was ill-treated with a ‘brass-knuckle’, two females had a disagreement which started in the vicinity of Chippie Café and ended up in the Village,” stated police on Tuesday.

The police are again making an appeal to the parents of youngsters to have a serious talk with their children before they go out to attend any of the Carnival events. The Opening Jump-Up was definitely “not a good start” for this Carnival season.

The police are also reminding the entire community that there is a zero-tolerance policy in effect that will definitely be enforced.