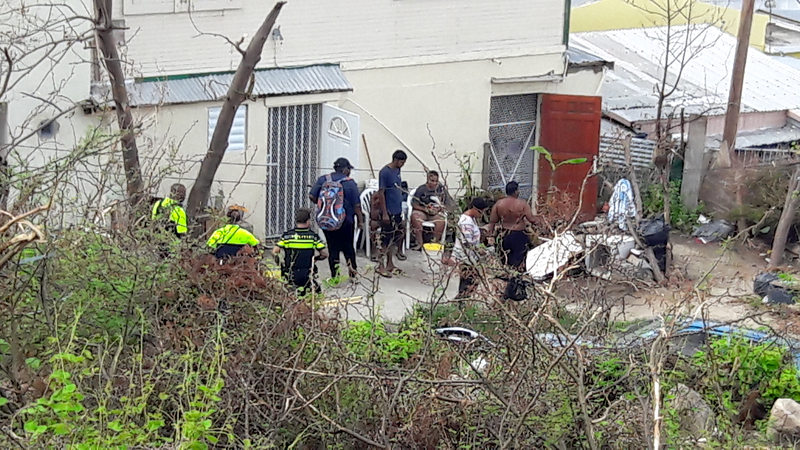 PHILIPSBURG–Police added another murder case to their workload on Sunday when they received reports of a brutal stabbing in the Over the Bank area. Police arrived on the scene and found the body of a man with multiple stab wounds.

Initial reports indicate that a suspect has been arrested in the murder, however police are still gathering more information about the violent incident.

The stabbing took place in the early hours of Sunday and the persons involved had a heated argument according to witnesses. Police spokesman Ricardo Henson informed The Daily Herald that the murder did take place and that more information will follow later on Sunday.

Potential witnesses were interviewed by officers. The Police Department is asking anyone with information regarding this case to get in contact with the police by calling 542-2222 or the temporary emergency number 919.