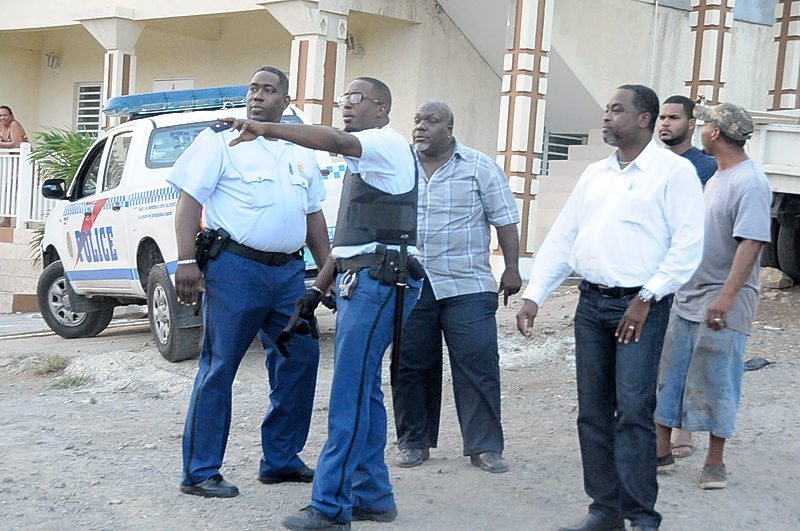 PHILIPSBURG–Police had to respond to a big commotion on Talles Road close to Coralita Road on Wednesday evening when a man stabbed two persons in an altercation.

The Daily Herald understands that a man by the name of Randell was walking with his dog in the neighbourhood when a woman driving an SUV accidently drove over the leg of the dog next to the man.

The man was infuriated and started an argument with the woman. Eyewitnesses recalled the woman apologising for the accident, but the man did not accept the apology and started to hit the woman. After he threw the woman to the ground and hit her repeatedly on the head, he stabbed her several times.

Then the man jumped into the woman’s SUV and took it for a spin. The woman was in urgent need of medical attention and neighbours contacted the police and ambulance to tend to her.

A few minutes later, the man came back in the woman’s vehicle and drove it into a gate. The SUV did not sustain major damage. The suspect’s brother asked him what he had done and the two got into a heated argument. The suspect stabbed his brother and fled the scene when police arrived. Police are now looking for the man, who is well-known to police officers.