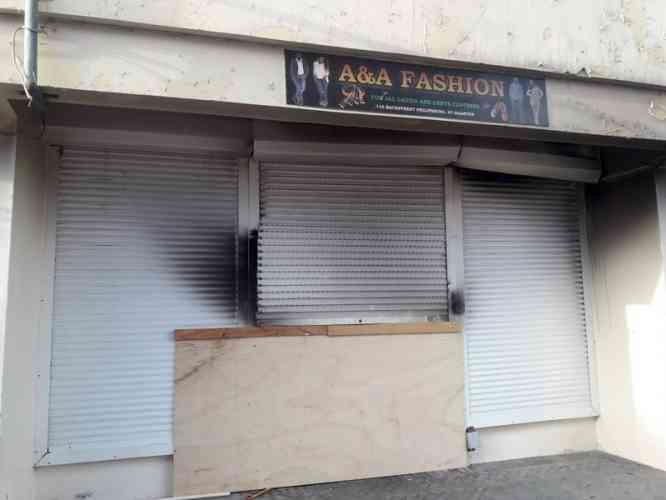 PHILIPSBURG–Police patrols, detectives, forensic investigators and Fire Department officials were dispatched to A&A Fashions on Back Street close to the Kadaster Office on Monday to respond to a fire in the building.

The Fire Department immediately went work on extinguishing the fire, making sure it did not spread to other stores in the area or to apartments on the first floor, according to police.

The area was immediately cordoned off by police officers on the scene at 2:00am.

A couple who own the store have been having serious communication problems lately which may have escalated, causing the male owner to set the store on fire, police said on Wednesday. This suspect has not yet been located or arrested.

Police say it is still unclear what happened and detectives are speaking to potential witnesses while forensic investigators collect evidence from the scene.