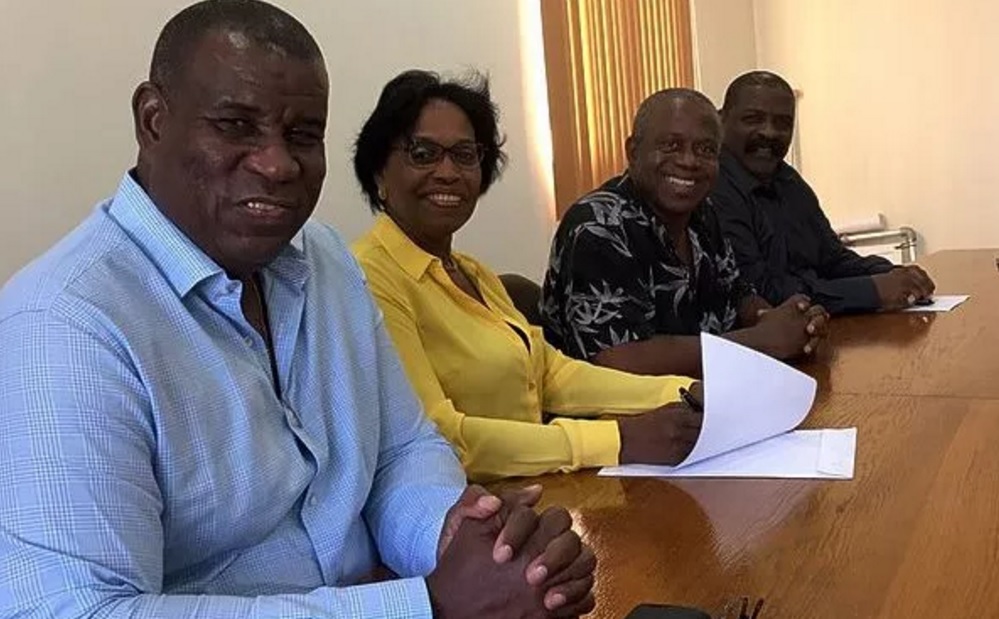 WILLEMSTAD–The MAN (4), PAR (4), PNP (2) and PS (2) presented a joint letter indicating their willingness to form the next Curaçao Government backed by a majority of 12 of the 21 seats in Parliament to Governor Lucille George-Wout.

The four parties that got respectively 12,839, 11,949, 7,017 and 5,323 votes in Wednesday’s election do not exclude the possibility of adding other coalition partners to broaden the support base.

In the current setting it will be interesting to see how the nine ministers are to be divided. If PNP and PS each get two with their two seats, MAN is likely to get only three and PAR would even have to settle for two, even though they both have four seats. The latter can be compensated with the Chair of Parliament and the plenipotentiary minister in The Hague.

MAN as the biggest party in terms of votes should also deliver the prime minister, who will almost certainly be party leader Hensley Koeiman.

PNP would like to hold on to the Ministry of Traffic, Transport and Spatial Planning it now has, as does PS with its current Minister of Social Development, Labour and Wellbeing. Perhaps they will settle for one minister each so that MAN and PAR can divide the other seven 4/3.

PAR-leader Zita Jesus-Leito announced the party was ready to govern again during her visit to the governor as part of the latter’s formation consultations. Priority for PAR is to stimulate the economy, ensure a better future for young people and reducing poverty. Jesus-Leito said MAN has a similar social agenda.

PAR is open to discussing the possibilities of forming a coalition with most parties, including now independent (former PAR) parliamentarian Omayra Leeflang and her new “Un Korsou Hustu” (UKH). Leeflang left PAR and took her seat to go independent soon after the elections in 2012.

PAR did indicate that they will not work with MFK of convicted politician Gerrit Schotte and “Korsou di Nos Tur” (KdNT) of Amparo dos Santos.