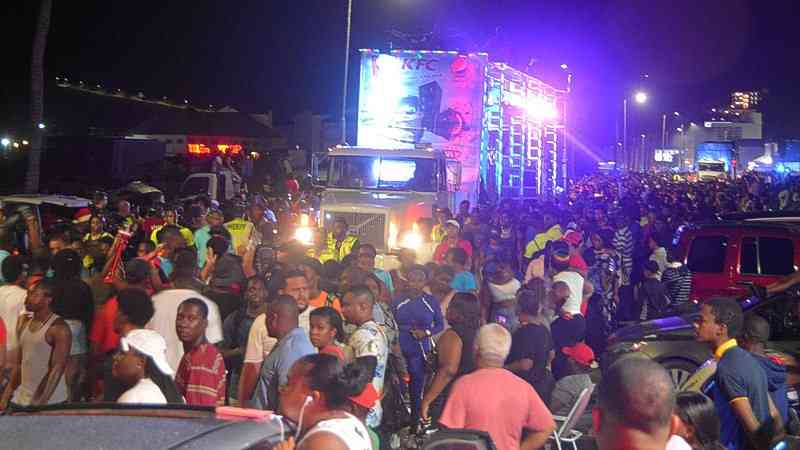 PHILIPSBURG–Saturday night’s Around the Town Jump Up was marred by several fights that broke out during the well-attended procession.

Police spokesperson Chief Inspector Ricardo Hendon said in a press release on Sunday that the Police Department “had their hands full” trying to break up “the many fights” that occurred during the jump up.

Commander of the team tasked with dealing with this type of behaviour, reported that on several occasions persons had to be physically moved for the team to get to those who were involved in the fights. “On several occasions bystanders got involved or obstructed the officers from doing their jobs, and also did not want to follow the orders or instructions from the officers,” Henson said.

No one was reported injured and no one had been arrested thus far, however, the Police Department said just like in previous years, a zero-tolerance policy is in effect for any misconduct during the Carnival period. “Any misconduct will result in arrest of that person or persons who will suffer all consequences that come with it,” Henson said (see related story).

Henson said the Jump Up had been well attended and began on time at 8:00pm at Munchi’s in Sucker Garden, and ended around midnight at Abu G by Ghazi’s in Madame Estate.

The around the town jump up was a huge difference from the Causeway Jump Up, which was uneventful and featured no fights.