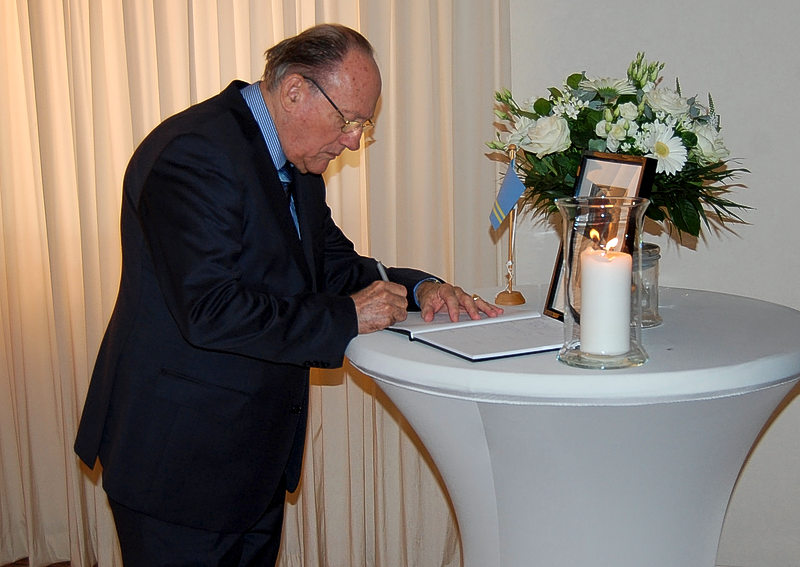 The condolence register was opened at the Aruba House earlier this week in connection with the passing of retired AVP politician, constitutional law expert, former Minister and Member of the Council of State Mito Croes who died in Aruba last Sunday at the age of 70.

Voges, his wife Lillian Voges-Ossenkopp and the delegation of the St. Maarten House in The Hague, signed the register to say farewell to a very special man who has meant a lot for Aruba and the Kingdom.

For people who can’t make it to the Aruba House to personally sign the book, there is also the possibility to digitally sign a condolence register via the website of the Cabinet of the Minister Plenipotentiary on www.arubahuis.nl.