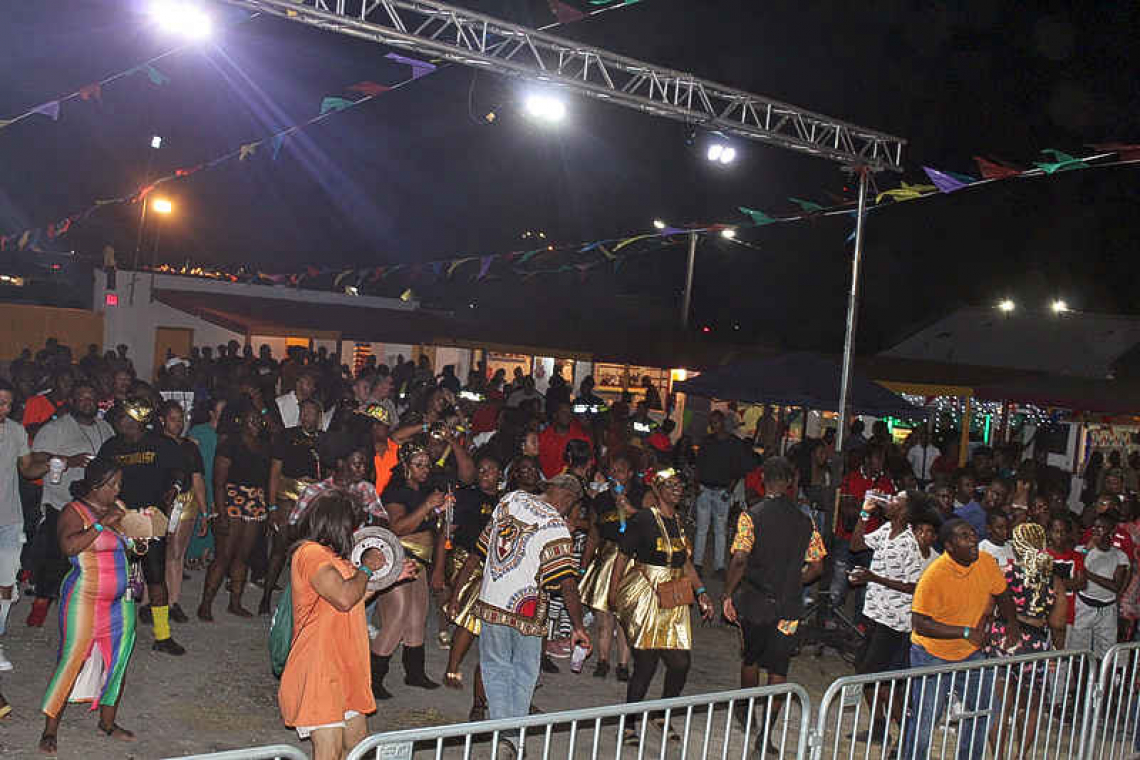 Attendees at the Big Bacchanal Friday.

ST. EUSTATIUS–Revellers in St. Eustatius came out in force over the weekend to party and celebrate the 56th edition of Statia Carnival.

The Carnival weekend started with Big Bacchanal Friday. A large line-up of talent had the crowd dancing until 4:00am on Saturday.

The show featured One Love Band International, which travelled from Saba to perform for the appreciative crowd. They did not come alone as Saba was well-represented with many residents from the sister island travelling to Statia to join the celebrations here.

Jamm Boyzz and Rebels HD band kept the crowd entertained and partying throughout the morning. The crowd danced, cheered and partied with high energy, even at 8:00 when the J’ouvert Jamming concluded at the gate of Carnival Village.

The troupes were all dressed in colourful, intricate and expressive costumes as they performed their choreographies throughout the day. Their energy was very infectious and they had the large crowd that lined the streets, which included commissioners Alida Francis and Claudia Toet, cheering and dancing along with them.

Little Miss Statia 2021 Rikaylia Chamberlien and first runner-up Tamar Brown walked in the parade with the Queen of Queens & King of Kings troupe. The young ladies looked elegant throughout the parade.

Ingrid Whitfield handed out earplugs during the parade, while the Caribbean Netherlands Police Force KPCN was out in force to ensure that no problems occurred. There were even some plain clothes officers among the revellers.