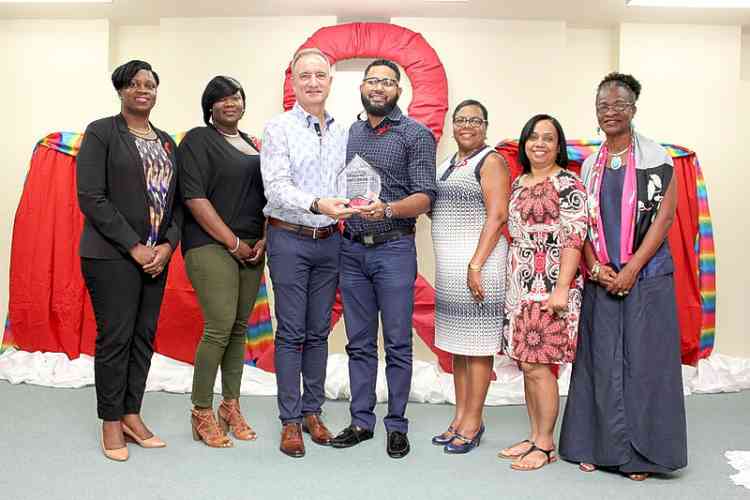 PHILIPSBURG–Marcela Lacroes-Adriana, Scotiabank’s country managers’ executive assistant, was given the Elton Jones Memorial Award in recognition of her ten-year support in fundraising during the Stronger Together Red Ribbon Campaign and ongoing free HIV Test Days at the Scotiabank premises in Philipsburg.

In doing so, the St. Maarten AIDS Foundation also acknowledged all Scotiabank staff members who in one way or the other contribute to the success of fundraising and HIV testing.

Marcela was not able to attend, so Scotiabank representatives received on her behalf the award given to her on Monday. The award was announced at the annual AIDS Candlelight Memorial, organised by HOPE, the support group for persons living with HIV/AIDS, and the AIDS Foundation.

HOPE and the AIDS Foundation since 2001 have presented the Elton Jones Memorial Award to a person who has shown dedication and exemplary service in the field of HIV/AIDS awareness in the community.

St. Maarten celebrated the annual AIDS Candlelight Memorial on Sunday. During his keynote address, AIDS Foundation President Dr. Gerard van Osch went through the crowd and asked very personal questions, trying to have persons imagine how it must have felt in the past when treatment was not effective, and at present with once daily one pill and less toxic medications, taking everyone through a reflection of the past and preparing for the future where there are so many new and hopeful developments in prevention and treatment.

He touched on challenges still faced in St. Maarten to stop this epidemic and where action is needed in the short term to prevent a collapse of the Foundation’s ongoing prevention efforts and prevent a vacuum in care and treatment of HIV in the near future.

The annual candle-lighting was again a touching moment in which each person lit their candle, remembered those lost to AIDS and showed light and support for those infected and affected by the epidemic. 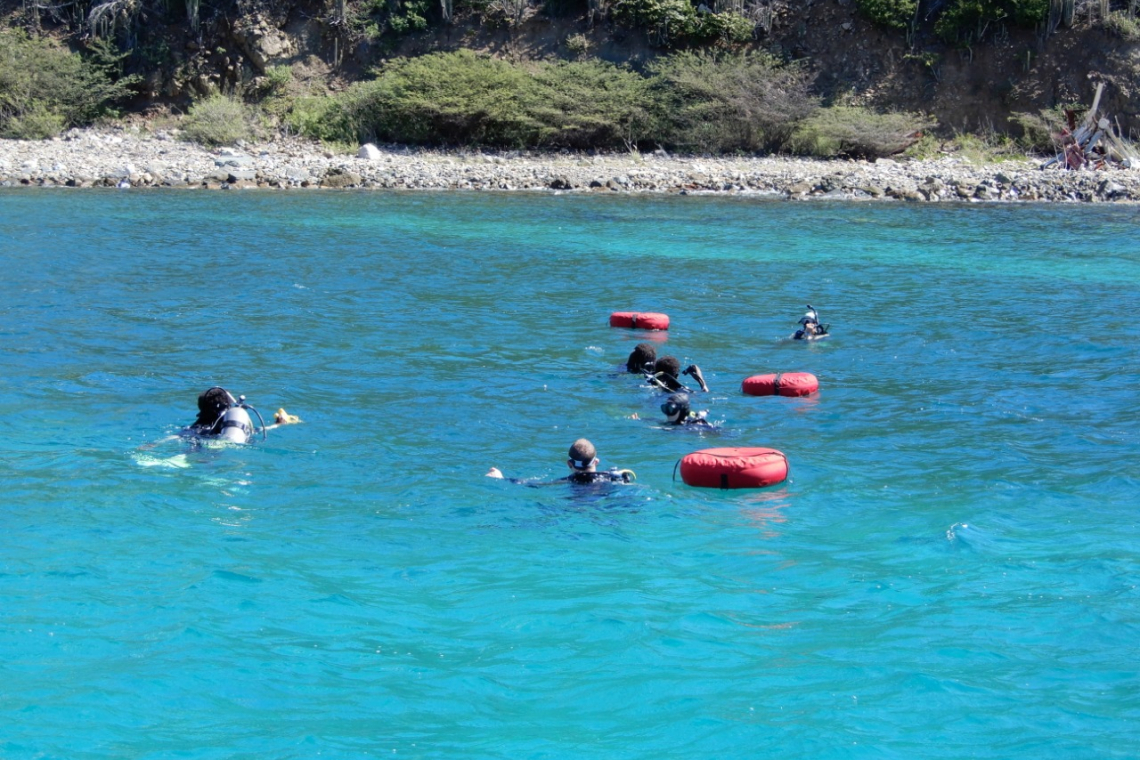