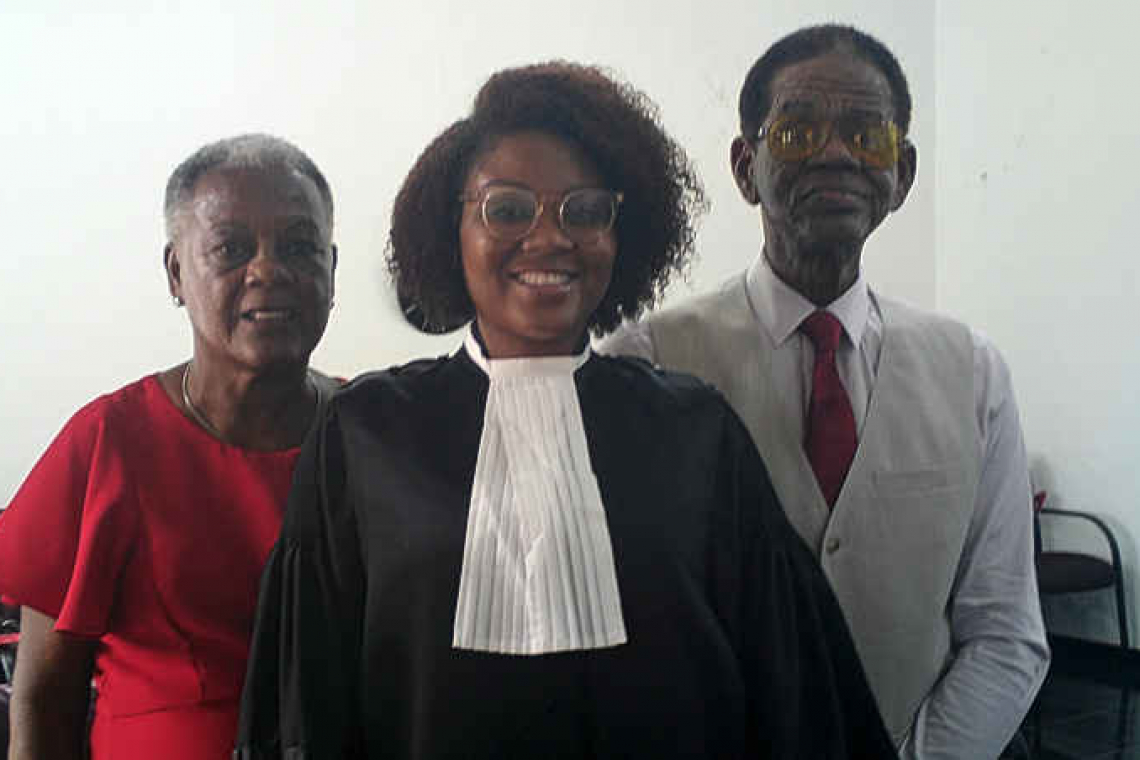 With her proud parents

BONAIRE–Marian Veneberg will be the new Chief Prosecutor for Bonaire, St. Eustatius and Saba. The kingdom Council of Ministers decided on Friday to nominate her for appointment on the proposal of Minister of Justice and Security Ferd Grapperhaus.