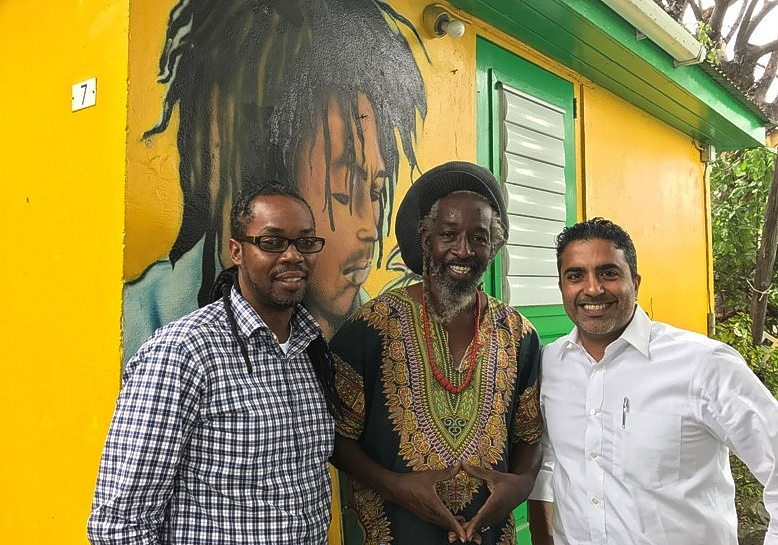 PHILIPSBURG–Herbal Awareness SXM wants to remind the island’s residents that April 20, also known as 4-20, is an international day set aside for raising awareness of the benefits of legalizing medical and recreational marijuana.

Two years ago this group helped to organize the first ever panel discussion on St. Maarten on the topic of the legalization of cannabis on St. Maarten. That open discussion, held at the Belair Community Center showcased the pro-legalization opinions of three medical doctors, a lawyer, a business person, a taxi driver and an anthropologist. Since that time the group has continued to make presentations to Parliament to further push their cause. “We are not giving up,” said Roland Joe ‘Ras Bushman’ during a discussion at the Ital Shack on Bush Road.

Arun Jagtiani, well known realtor and business leader on the island, shared his opinion that the cannabis industry already exists on the island and all over the world and therefore it should be regulated, to benefit the economy of the island in a positive way. “We last made a presentation to government six months ago,” he said, “and since that time the landscape has changed drastically. There are now eight states in the U.S. that are making recreational use of marijuana legal and the entire nation of Canada is currently making a similar change.”

The two made the point that even St. Kitts and Nevis are making a move towards decriminalization of cannabis. “Nevis is having a big ‘4-20’ march this year,” said Bushman, “and we don’t want to be following this trend, we want to be leading.”

He went on to say that this is an issue of freedom in his view, “It is a natural herb, so it is given to us for the service of mankind.” Whether for medical, spiritual, or recreational use: “if we want to use it, we don’t want to be persecuted for it.”

The group invites the general public to post their opinions on the topic of regulations, decriminalization and legalization of cannabis on their Facebook page today: go to Herbal Awareness SXM and post a comment for 4-20.