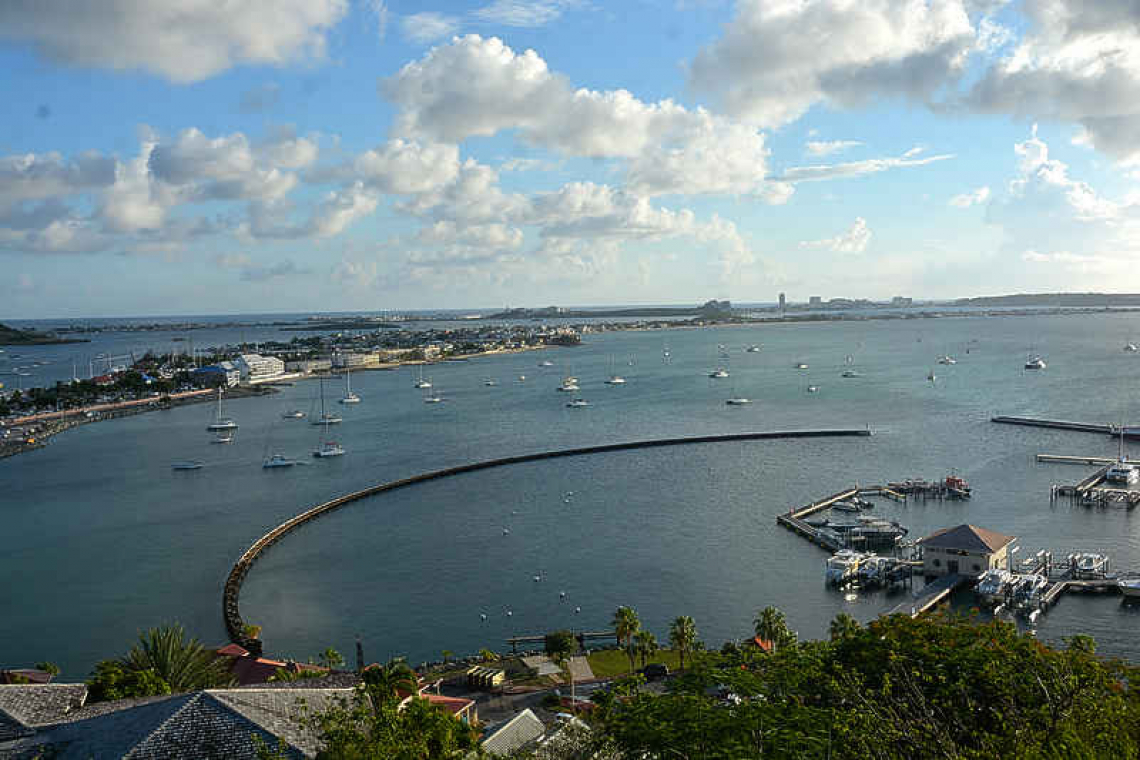 On the French side, immigration clearance can be done online, the fee is minimal, and there is free passage through the Sandy Ground Bridge.

PHILIPSBURG–For yachts it is considerably cheaper to anchor on the French side. On the Dutch side, a cruiser quickly spends US $500 more on fees in a month.

The St. Maarten Marine Trade Association (SMMTA) advocates a uniform policy for the entire island. “We need to analyse the data on how the revenue is collected and how it is spent to come up with a refreshed approach that will benefit the industry and by default the island as a whole.”

Once a lifestyle for a few bold adventurers, people living on boats are increasingly sailing into the mainstream. For many, the freedom of the ocean, and the dream to have a different kind of life, one less constrained by the mundane and traditional, leads to trading a life on land for a cruising life at sea. The COVID-19 pandemic only saw an increase in this movement.

He pointed out that this segment of the marine market, “cruisers” as they are often referred to, were the catalyst for the birth of the yachting industry in the first place. “While larger yachts have significant budgets, the value of cruising vessels to the industry and to St. Maarten must not be overlooked.”

The service-offering in St. Maarten has matured over the years to the point that the island and its businesses are able to cater 100 per cent to the cruisers’ needs, said Marshall. “In contrast, the investment and resources required to be able to service the larger mega-yacht market to 100 per cent will still take time to nurture and develop – a goal that should also be pursued, given the significant economic impact of capturing their spending.”

According to SMMTA, there has been a “sharp decline” of cruisers staying long-term in St. Maarten since the introduction of the bridge and harbour fees that are levied by Simpson Bay Lagoon Authority Corporation (SLAC). “When the bridge and lagoon fees were introduced on the Dutch side, we lost a large segment of the cruising market to the French side, or to other islands entirely.”

To capture cruisers’ spending, the island must be able to entice those vessels to come to St. Maarten and stay in St. Maarten, Marshall said. “While the overall spending of this class of vessels is significant, it is made over a longer period of time, and thus necessitates a regulatory environment incentivising such long stays.

“However, given that the harbour fees are charged on a weekly basis, the amounts become significant to this class of boat, especially given that they do not see a real added value; they could easily anchor somewhere else without such fees to pay.”

The SLAC fees are not lagoon fees – these are weekly harbour fees that must be paid to be anywhere in St. Maarten waters, whether anchored out in the bay or inside the lagoon. In addition, if the vessel does want to come into the lagoon, then a bridge fee is also levied, which includes one entry and one exit.

“There are then Customs clearance and harbour clearance fees on top of this,” Marshall continued. “If a vessel goes to one of the marinas, the vessel finds itself paying marina fees, but regardless, the vessel must still pay the weekly harbour fee – and that in addition to the fee paid to the marina.”

During the yachting season, from November till May, there are generally not more than 30 to 40 vessels anchored in Simpson Bay Lagoon – not including those berthed at the marinas. In Marigot Bay on the French side, the count may rise to well over 200. “Boaters avoid the fees by sailing to the French side,” said Marshall.

It should also be noted that the quality of the French side anchorage is far superior, with clean water, ample room, good holding and a large public dinghy dock to come ashore so the Dutch side has to be conscious of what value it is offering.

On the French side, the perception is that there are no bridge fees but that is not correct, Marshall explained. “There is actually a harbour fee that was implemented in 2009, but since then the collection of those fees has not been enforced.”

An analysis of the fees shows that a 20-metre vessel would have to pay $52 per week on the French side in comparison to $180 per week on the Dutch side (with one bridge passage in and out).

The difference adds up to more than $500 per month. “The ironic thing is that a vessel 20 metres in length would easily spend tens of thousands of dollars over a one-month period in goods and services,” said Marshall. “In the end, however, we are losing both the harbour fee and a significant amount of local Dutch-side spending.”

Another area that requires attention is how to structure fees for a short stay, he pointed out. “Sometimes, vessels will look to make a stop of several days simply to refuel, provision, pick up or drop off guests, do a quick repair, etc.  These short stops often see significant spending. However, because the harbour fee requires to pay a full week even for a stay of one day, vessels are often driven to the French side or to bypass the island entirely.”

According to SMMTA, it is important that a uniform policy for the entire island is introduced. “Let the Dutch side match what is being done on the French side so one is not disadvantaged over the other,” said Marshall. He who emphasises that Dutch St. Maarten is potentially missing out on millions of dollars from the yachting industry.

“Swift and significant action is needed to capture this market that could be one of the key economic drivers of our economy, said Marshall. “The SMMTA fully understands that fees are necessary to help pay for the infrastructure. We simply argue that the fees should be carefully reviewed with representatives of the industry to understand how those fees can be structured to maintain SLAC and island income levels while incentivising longer stays and more overall spending.

“It makes no sense to have fees in place that drive vessels away. Everyone loses – SLAC, tax income, private industry.”

SMMTA calculated that the revenue being lost from the boats that are no longer coming because of the fees and lack of amenities is probably significantly more than SLAC is collecting in fees. “It’s a bit ‘penny wise, pound foolish’,” Marshall said. “I think a revision of the policies is warranted to try to attract the cruising population again.”

He emphasised the need for better facilities and services in exchange for fees paid. “If boat owners would get garbage disposal services, or pump-out facilities for sewage, better-marked anchorages, a sense of safety and security, smoother processes, better public facilities, it would be a lot more palatable,” said Marshall.

According to the SMMTA, the problems are institutional. “The Port, VROMI [Ministry of Public Housing, Spatial Planning, Environment and Infrastructure – Ed.], Maritime Affairs, SLAC all function as independent entities and each entity has to justify its operating budget,” said Marshall. “But what is really needed is to take a holistic approach and make sure that the whole is greater than the sum of the parts.”

He is confident that solutions will come when all of the entities involved can come together and provide clarity on who is responsible for what and take ownership of their responsibilities.

“A plan of action is needed,” he said. “We have very good relations with SLAC, an entity that falls under Port St. Maarten. Same goes for the Port itself, which falls under the Harbour Group. However, notwithstanding the fact that these same concerns have been raised over and over throughout the years, we are yet to achieve tangible results, and a strategic plan as to how to move towards resolution. We have high hopes that things are changing, but we have to act much more quickly.”

This is the second in a series of three articles on the marine industry.