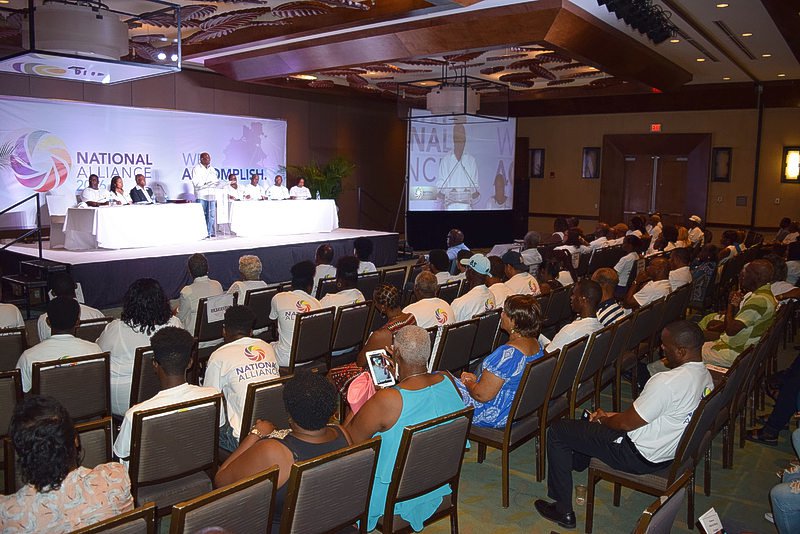 Marlin, who was re-elected as NA leader by acclamation, said, “The challenge to you is to motivate others and multiply [votes – Ed.] as we go on.”
He cautioned that some of the parties in the September 26 Parliamentary Elections race are “all part of one” and are in the race “to confuse you” and “dilute the playing field.” This dilution will lower the number of votes needed to win seats so the other parties can “get more chance to win.” Those chances can be eliminated by NA supporters drumming up more votes. 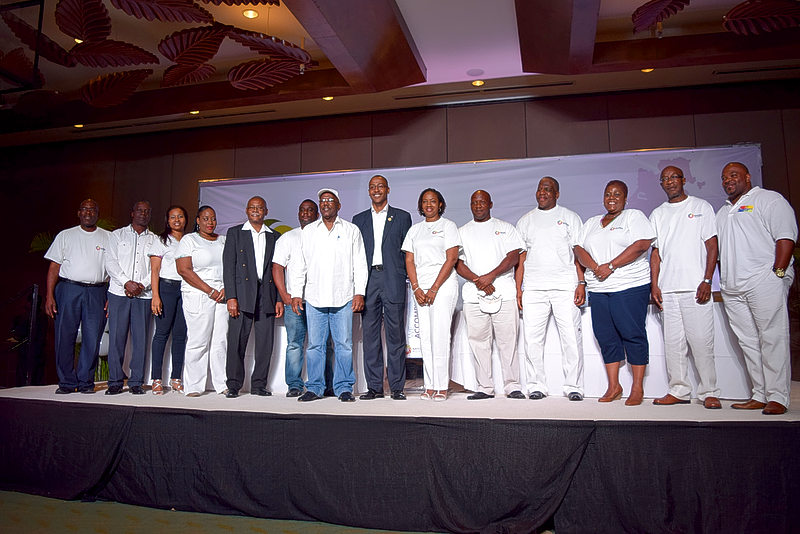 Marlin told attendees “to treat [the congress – Ed.] as the start of the election campaign” and to start working on those 10 seats. The party will not be satisfied with four seats as gained in the 2014 elections nor the seven captured in 2010. Ten seats is the ultimate goal.

Marlin and NA deputy leader Education Minister Silveria Jacobs outlined some of the party’s accomplishments since taking office in December 2015. Current coalition partners and NA-elected and -appointed Government officials were commended for their roles.

The party had been given “nine months to deliver on promises made” in the last election, but in that short time there have been accomplishments, said Marlin, including making the new Government Administration Building ready for occupation and giving the country a balanced budget.

“There are those who claimed to be ready, but there are those who have accomplished, and they are part of NA,” he said. This is the basis for the party’s slogan “We Accomplish.”
“We did not serve ourselves or self-interest. We served you. We did what was necessary and important to move St. Maarten forward. … We want four years and 10 seats,” Marlin said. His chant of four years and 10 seats was taken up by Congress attendees.
Jacobs said in her address: “We are accomplishing and we are working hard. And the people appreciate the hard work that we do.”

Many persons have “thrown in their hats in the ring” for the elections, Jacobs said referring to the nine other parties in the race for the 15 seats in Parliament. This “will be confusing to the people, but NA is the team for the people,” she said.

“Government can’t do it alone,” she said, calling on residents and businesses to get involved for better education and other aspects of life.

She announced that the groundbreaking for the new Prins Willem-Alexander Primary School will be held next week and the national theatre for the performing arts is in the works, as is the upgrading of the sports complex.

Prior to Marlin’s and Jacobs’ speeches, Congress delegates re-elected the current party board headed by Cedric James by acclamation. Three new members also joined the board, including Marlin and Jacobs. 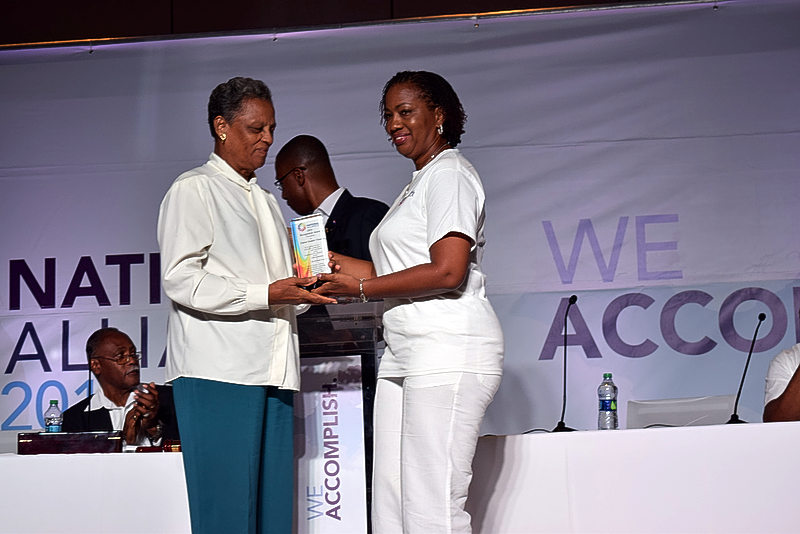 Congress keynote speaker, youth advocate and young writer Ralph Cantave said St. Maarten had come to a point where it was overdeveloped and should now look at building its people by promoting education, reintroducing the mindset of entrepreneurship and the culture of ownership.
Contave said Hurricane Luis had wrecked the island20 years ago, but now the country was being destroyed by instability and its people obstructed from participating in the economy they had built. “We no longer thrive in St. Maarten,” he said.

Contave said his parents had migrated to St. Maarten from Haiti for the safety and security the country offered. Now, St. Maarten is lacking order and stability due to people who have been in charge, he said, adding he is disheartened when peers want to move to the Netherlands and the United States to get the same things his parents had moved here for.
The young speaker urged Congress attendees “to remember what our ancestors went through and don’t make their sacrifices go in vain.”

NA board President Cedric James said the party stands behind its 2016 elections slogan – “We Accomplish.” That slogan is exemplified by a balanced budget, an agreement for use of the new Government Administration Building and repairs to Front Street. “We work hard, that’s why our opponents are against NA,” he said.
James called on members to give their input to the party physically and financially to keep it strong.

The party plans to establish several awards in honour of stalwarts, with which to recognise outstanding party and community members at an all-white gala on December 15, 2018. The gala will mark the 40th anniversary of the founding of St. Maarten Patriotic Movement (SPM), the political organisation from which NA sprung 15 years ago. The 2018 awards will bear names such as Vance James Jr., Camille Baly, Mervin Scott, Edgar Lynch and Lillian Stevens.
Source: Daily Herald
Marlin challenges supporters to capture ‘perfect 10’ seats