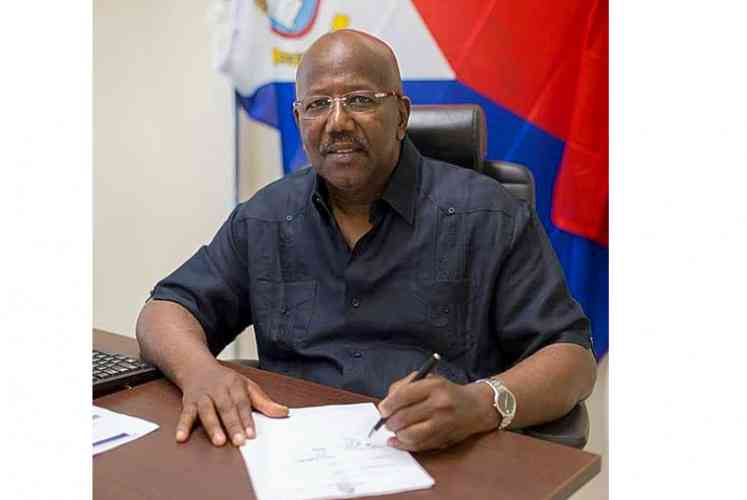 PHILIPSBURG–Members of Parliament on Tuesday continued talks with Justice Minister Cornelius de Weever concerning the “Stand for St. Maarten” petition submitted by residents with the demand for changes to halt the “systematic targeting of the country’s leaders” by the outside forces via the justice system.

Former Prime Minister and now Member of Parliament (MP) William Marlin was critical about the timing of the Central Committee meeting, as he had warned some of the MPs in 2017 about the Dutch government’s intentions.

Marlin said the conspiracy to bring down his government was already underway long before Hurricane Irma hit the island on September 6. The game was “to demonize William Marlin” and to build a case to justify a motion of no confidence, he said.

“The rants and the questions in Parliament were unbelievable,” Marlin said, adding that in itself he does not have problems with criticism.

He recalled an expose about the results of the 2014 elections, and the history of the elusive Integrity Chamber.

“Because I stood up against the Dutch last year, some of the same members who are now saying that the Dutch are taking over said that I must go. Two motions of no confidence were passed against me because I was in the way of progress. One year later, we are yet to see the fruits of the full promised Dutch aid,” he said.

The petition calls on Parliament to resume the process to request a constitutional referendum and to investigate, through the Council of Law and Order (Raad voor de Rechtshandhaving), the functioning of the justice system in St. Maarten; among other things, the selectivity of cases investigated and/or brought to trial by the Prosecutor’s Office, the number of cases investigated and brought to trial, the profiles of the persons involved and the status of those cases.

The petition also calls for review and modernisation of the Constitution to address, among other things, setting a time frame during which a case must be brought to trial (in the interest of justice and according to universal norms) and maintaining the fundamental principle of natural justice that persons be judged by their peers.

Parliament was called via the petition to convene an urgent public meeting within seven days of receipt to debate and decide on the points of the petition.

The Justice Minister will now have a chance to answer the concerns of all MPs and the meeting will resume during the first week in October.