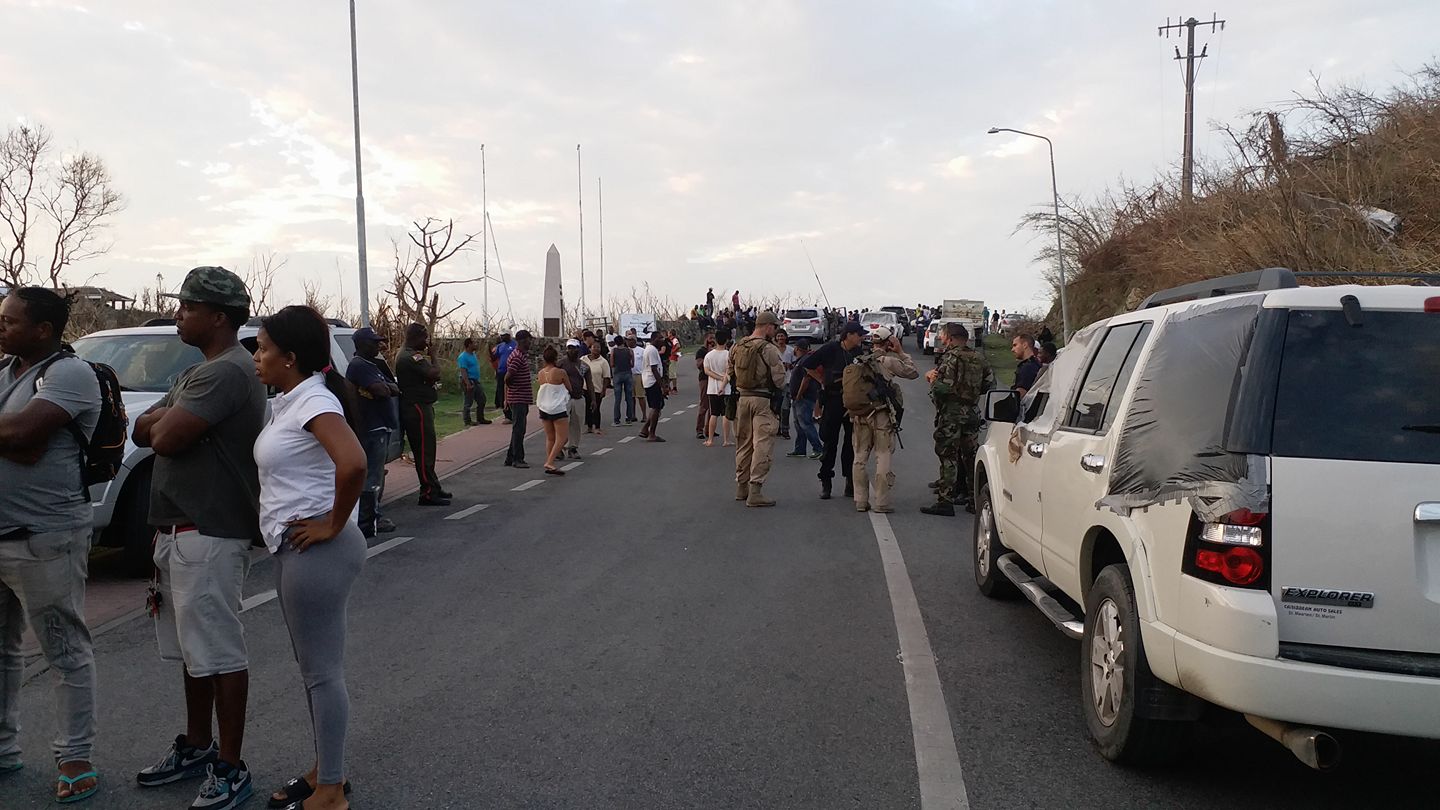 POND ISLAND–“Categorically not true. Never ever, never ever I have given any directive to block the border to prevent anybody from coming over, leaving … never,” Prime Minister William Marlin told Members of Parliament on Thursday.

The border crossings were blockaded, some with shipping containers, and manned by Royal Dutch Marines for a period after the passing of Hurricane Irma.
Marlin said that after Hurricane Irma’s passing people coming from the French side to the Dutch side had been allowed to pass freely, but only French nationals or those with French residence had been allowed to enter the Northern side of the island.
“There was a reaction on the part of the Dutch side: ‘Well if that is the case, we don’t want all the undesirables who are on the French side can come to the Dutch side and can’t go back to the French side. Then let us also look at who is coming to the Dutch side and if you are not Dutch or a Dutch resident then you too would have to be told to go back,’” he said.
Marlin also told MPs he had swung into action when he heard about the fracas at the French Quarter/Belvedere border crossing. Arriving there, he heard those gathered saying he had ordered the border blocked, which he denied.
To remedy the impasse, he left the border crossing to return later with equipment to remove the blockade.
“Blocking the border, making not possible for anybody to come or leave … that was never a directive that was given by the government,” he said in response to questions from MP Tamara Leonard (United People’s party) who along with many other residents encountered issues moving freely between the two sides of the island.
“Government did not make the call. I am not aware of who made the call. … Government did not place containers. … How they got there I do not know,” he said.
If Leonard wants an investigation into “how the containers came there,” Marlin said, “I will request the Minister of Justice to do so.”
The blockade of the border with huge shipping containers and the presence of Dutch Marines caused additional woes to the already hurricane-devastated residents, who tried to contact relatives and friends on either side of what had been an open border for centuries.