Home Local News Marlin: Govt. will be blamed if protest scares off Chinese 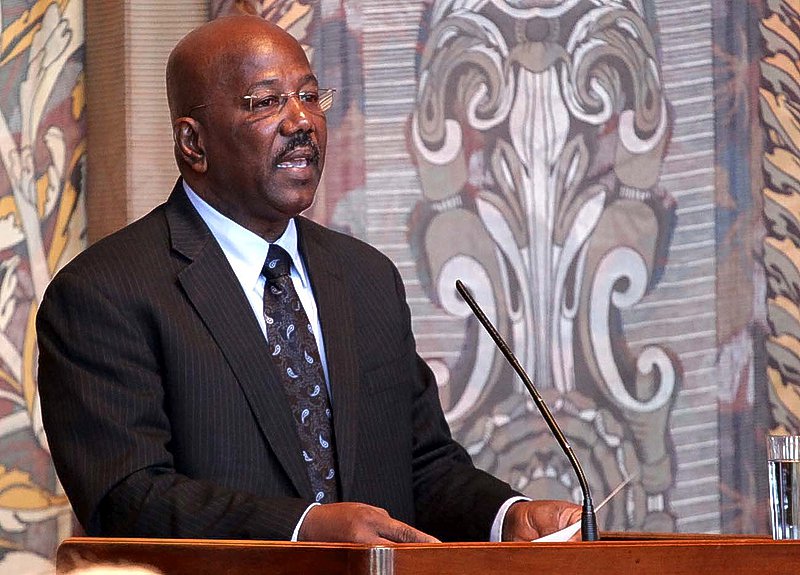 PHILIPSBURG–Should protest against the Pearl of China project in Belair beachfront scare off Chinese investors, who are ready to pump millions of dollars into the development, it’s the current Government that will have to shoulder the blame for allowing such “a big project to get away,” said Prime Minister William Marlin on Wednesday.

Marlin was reacting to the negative backlash the announcement of the 326-room hotel with showroom and 450 apartments targeting Chinese investors has received from the public.
“Interesting would be that if the announcement comes that because of the protest that others are planning to engaging on, that these people say you know what Antigua is not too far from St. Maarten or St. Kitts is not too far away from St. Maarten, and they seem much more receptive to business people so let’s take our investment and our plan there,” Marlin said.

“Then we will get the other side of the coin – ‘oh you see the Government allowed such a big project to get away from them and we are taking a back seat and all of that business could have come to St. Maarten,’” he stated.

Government has found a way to counter the effects of the opening up of Cuba, he said, but “rather than embrace it, we try to throw rocks at it simply because there is an election and there is a fear at the side of the opposition that if Government pulls it off it will be too good for the Government and too good for St. Maarten.”

There have been public calls on social media for people to object to the project that is on review at the Ministry of Spatial Planning and Infrastructure VROMI until the end of the month.

The Nature Foundation also issued a statement on Wednesday urging all stakeholders to call for the protection and sustainable development of the Little Bay Pond as a conservation area, important wetland and an untapped resource in terms of eco-tourism and bird watching potential.

Pearl of China project is “no different” from The Westin St. Maarten and other hotel projects bordering the beach, “though on a larger scale,” he said.

“The impression is being created that all of a sudden this Government has gone wacko and they are going to allow some investors to build a project so massive or so huge or so big that St. Maarten will succumb and sink,” Marlin said.

He added that people in the community were instilling “fear” in others about the project.
Residents should rest assured that the “Chinese will not bring their own people” to carry out the construction. “Workers are in abundance on St. Maarten. They built Westin. They built Porto Cupecoy.”

Some 200 jobs will be created by the two-year project for which the ground breaking is set for September 17. Training programmes will be set up with the National Institute for Professional Advancement (NIPA) to prepare workers needed for the hotel and showroom.
“It would be recommended, to some extent, that no local company would want to take on the first line of responsibility to guarantee a safe, sound and proper construction of such as massive project. So yes, if they want to bring their main contractor in, whether from China, Malaysia, Singapore, Japan or the United States, that is their choice,” Marlin said.
The project is “more than the construction of a hotel, the plan is to establish a China-Caribbean hub in St. Maarten.”

The Government of China and the Chinese business people involved in the public-private venture “have been looking for a hub to springboard from and operate from.”

Establishing in St. Maarten is ideal as the country has “good air connections and a good port. They figured well coming to St. Maarten we will be able to set up shop and from there organise business conferences … conventions.”

A centre on St. Maarten will make it easier for the Chinese to do business with the rest of the Caribbean and the world.
Source: Daily Herald
Marlin: Govt. will be blamed if protest scares off Chinese