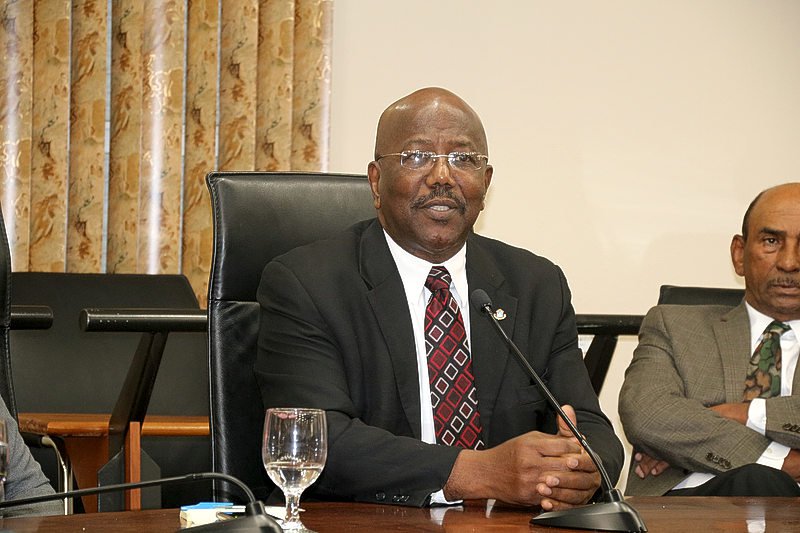 PHILIPSBURG–Prime Minister William Marlin is hoping to complete the formation of the new Government by the October 27 deadline in the hopes that the new Council of Ministers will be sworn in on October 31, the same day as the new Parliament of the country.

Marlin was named formateur by Governor Eugene Holiday and tasked with forming a new Government following the September 26, Parliamentary Election.

Marlin said on Wednesday that the process has started. The two parties forming the new coalition, have received the documentation for their candidate ministers to fill in. “The target is that by Friday this week all documentation will be handed to the Governor, VDSM and the Public Prosecutor,” Marlin said. “The Governor is charged with the process, but there are two entities that play a vital role in the process, which are the National Security Service VDSM that does the screening and the Public Prosecutors Office that does the judicial screening… to report on if the person has any criminal record or if they are under any investigation here or elsewhere.”

Marlin said there is other documentation that each candidate minister has to submit as part of the screening such as their Curriculum Vitae (CV), bank account information, declare their assets in excess of NAf. 20,000 etc. “The target is that by October 27, that process will be completed and the swearing in can then take place simultaneously (with the Parliament) in the afternoon… of October 31.”

Marlin said also that the National Alliance (NA) and the United People’s (UP) party have come together and exchanged manifestos and the process is being worked on to come to a governing programme. Similar to the formation of the “red, white and blue” coalition, Marlin said it is hoped that similar to 2014, to have a fully, detailed worked out governing programme by October 27, to submit along with his report in completion of his task as formateur and hopefully, the swearing in can follow.