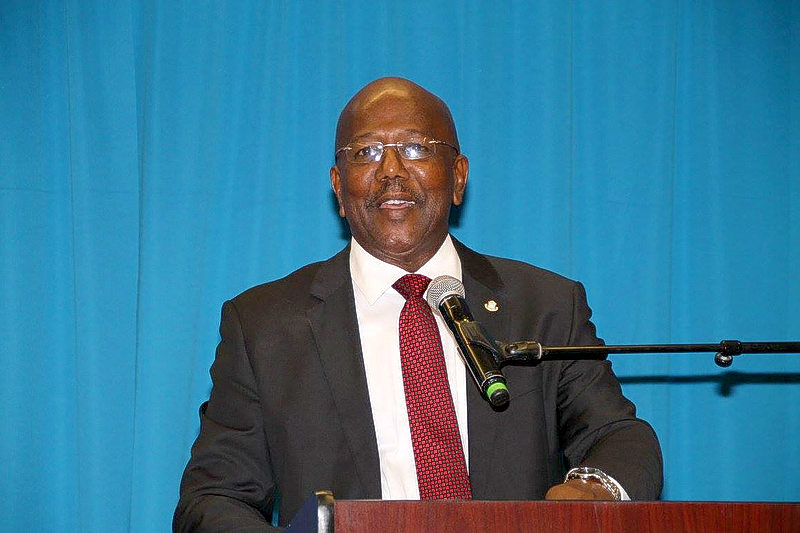 POND ISLAND–Prime Minister William Marlin has maintained his call for St. Maarten to have its own Attorney-General, instead of sharing one with Curaçao.

Such an appointment remains “a desire that lives not only with me, but with other members of the Council of Ministers, that St. Maarten has its own Attorney-General,” Marlin said on Wednesday. “As long as we do not have our own Attorney-General that [call – Ed.] remains applicable.”

“I think it is important that we have one that feels the pulse of what is happening on St. Maarten, who is on top of things here on St. Maarten and who is not spreading his or herself thin,” he added.

“I cannot see something happening anytime soon now or in the future that would make it not necessary. It would have to be that they [the Dutch – Ed.] have appointed a superman who can zap himself over to Curaçao, back to Aruba and back to all over the place and keep his finger on everything that is happening throughout the different communities,” said Marlin when asked by the press on Wednesday if he still had the same stance.

The prime minister made his original call for an Attorney-General to be appointed for St. Maarten in March after the arrest of then independent, now United St. Maarten Party Member of Parliament (MP) Silvio Matser on the charge of vote-buying. That arrest held up the voting on the 2016 budget.

At that time, Marlin pointed out that the arrest of Matser, just hours before the draft 2016 budget was expected to go to a vote in Parliament and the claim by the Attorney- General and Prosecutor’s Office that the ongoing budget debate was unknown to them, highlighted the need for St. Maarten to have its own Attorney-General.

Marlin said then that the claim from the justice officials that the ingoing budget debate was unknown to them was “adding insult to injury.”

That claim shows that the Attorney-General living in Curaçao has “no interest or is not paying sufficient interest to what is happening in St. Maarten,” Marlin said in March.