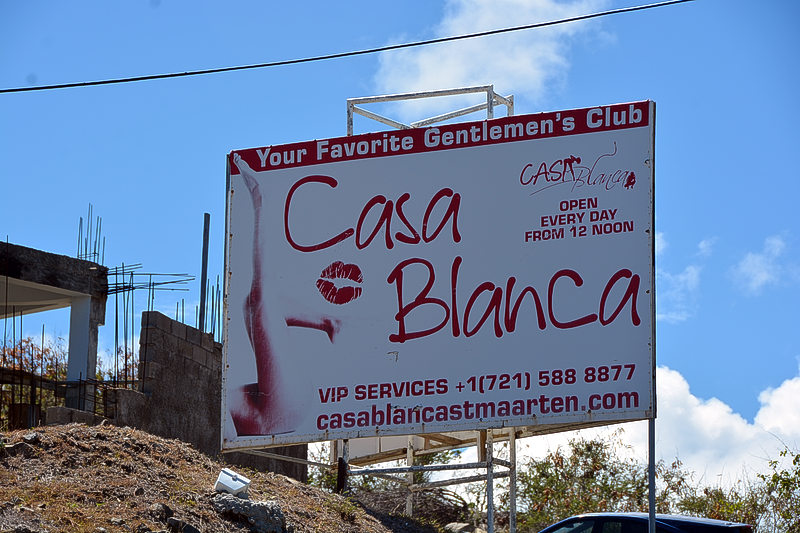 POND ISLAND–Prime Minister William Marlin has queried Dutch Minister of Foreign Affairs Bert Koenders about the Dutch Government’s revoking of visas for women who were destined for brothels in St. Maarten.

Marlin said the revoking of the visas that would allow these women to travel and ply their trade as sex workers destined for brothels was under investigation by the Prosecutor’s Office, on the suspicion of human trafficking.   “Visas were issued and then cancelled,” Marlin said in the Council of Ministers press briefing on Wednesday, which coincidentally was International Women’s Day. That move was in essence painting those under investigation as guilty before they are condemned by the Court, he said.

The decision of the Prosecutor’s Office to investigate means “the business cannot operate,” Marlin said.

Without the women to work, the businesses “are forced to shut down,” because “if you can’t get a visa for people working at the place, you are de facto shutting down the place.”

Koenders, according to Marlin, said there was nothing he Marlin could tell him to change his mind on the visa revocation as long as there was a semblance of human trafficking.

Marlin said he countered that if the aim is to fight human trafficking, what about the countries from which sex workers come that are not visa restricted?

Brothels on St. Maarten employ what the law describes in essence as “dancers” from some South American and Caribbean countries and Eastern Europe. The majority of brothels under scrutiny employ sex workers from South America and the Caribbean.

Women who intend to become sex workers from visa-exempted countries can just fly in and ply their trade without restriction, Marlin said. In this scenario, Marlin said he queried “if we are saying it is ok to do what you want to do as long as you are not in an establishment regulated by government … it is creating a sort of shady area.”

The Netherlands has a booming sex-worker industry. Marlin said he pointed out to Koenders: “I haven’t seen brothel owners there being prosecuted for human trafficking.”

Marlin said he does not embrace prostitution, but the rules in the kingdom need to be the same.