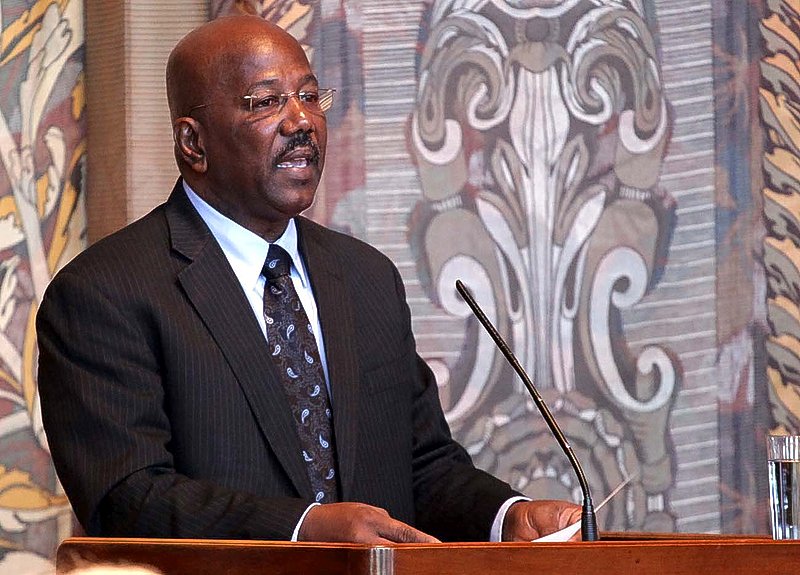 If this is not done, St. Maarten retains the right to have these unlawful barricades removed, Marlin said via a press statement issued last night.

He further called for the ceasing of any further “unilateral judicial acts in the area of Oyster Pond by French authorities.”

French law enforcement authorities carried out “a unilateral raid at Captain Oliver’s Marina in Oyster Pond” on Wednesday, October 26, according to the release.

The border at Oyster Pond has been “a contentious issue” and discussions on the matter have been taken up in the past three Quadripartite meetings convened of the Governments of the Republic of France, Kingdom of the Netherlands, St. Maarten and St. Martin.
It was agreed on in those meetings that the status quo would remain in place until the border dispute was resolved; i.e., the restaurant and the marina continue to operate under St. Maarten laws and regulations.

Given this unique situation, if any action by law enforcement agencies would be needed in Oyster Pond, this should be done in good cooperation between the two parties. This was confirmed in the first Quadripartite meeting of January 2014 as well as subsequent meetings between all parties.

The status quo is based on the fact that parcels of water rights as well as economic licences were issued to Captain Oliver’s by Dutch authorities. Neither of these acts were ever contested by the French authorities until very recently.

Captain Oliver’s is a registered and compliant taxpayer to the Government of St. Maarten.
“The French have taken Captain Oliver’s hostage in ongoing discussions surrounding the border and in recent events have arrested and interrogated the proprietor and barricaded the docks, rendering the business inoperable,” according to the press statement.

“As Prime Minister of St. Maarten, I strongly condemn the actions of the French authorities and deem these actions by the French Republic as an aggressive and illegal acts that not only undermine St. Maarten’s judicial authority but are also a clear violation of the territorial sovereignty of the Kingdom of the Netherlands,” Marlin stated in his letter.
“It is clear from these actions that the French authorities hold no regard for agreements made between us and have gone against what could be considered good neighbourly conduct.”

He said these activities did not reflect the spirit of cooperation as envisioned by the Treaty of Concordia and cast a dismal shadow over the upcoming St. Martin/St. Maarten Day celebrations.

The letter was copied to the Dutch Minister of Foreign Affairs.

Agents of the Préfecture, supported by Gendarmes, put a halt to work going on in the marina and hotel, and marina owner Maggi Shurtleff was taken into custody, but released. The Collectivité had issued a letter via the Gendarmerie warning Shurtleff not to carry out work on three parcels of land, but she maintains those parcels have nothing to do with the marina.

“It was just existing repair work in the marina, not any new construction,” she told The Daily Herald on Tuesday.

Commandant Sébastien Manzoni said the latest control had not been ordered by the Gendarmerie. He added it was his understanding that the marina is on the French side until the border issue is resolved at diplomatic level between Paris and The Hague.
Shurtleff has complained frequently about controls by the Gendarmerie at the marina, adding the Gendarmerie had last promised her there would not be any more controls.

Up to now no comment could be obtained from the Préfecture on the matter.

The late Captain Oliver (Olivier Lange) obtained all the necessary permits from the Dutch-side government to build the marina in 1983.