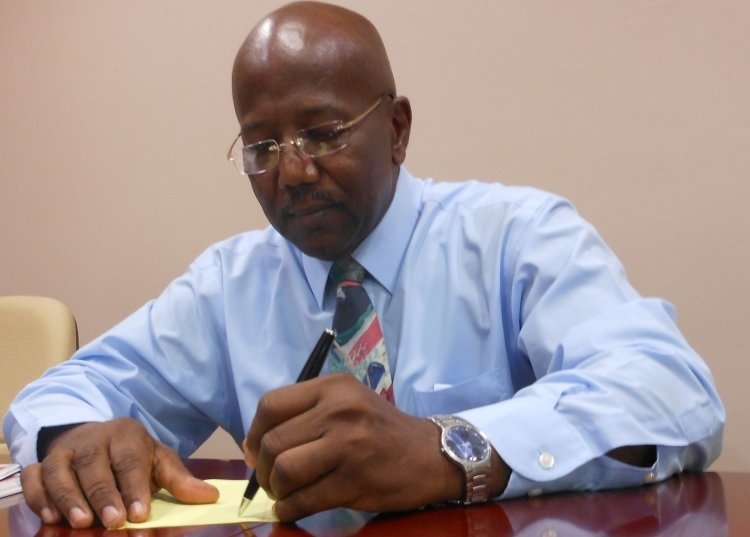 PHILIPSBURG–On October 20, 2017, the Prime Minister of Sint Maarten, William Marlin, issued a letter to the Dutch caretaker Minister of Interior Affairs and Kingdom Relations, Ronald Plasterk, in response to his letter dated October 13, in which the conditions of the Dutch Government to make the recovery funds available were stipulated.

While amidst the urgency of managing the impact of the hurricane, the Government of Sint Maarten has sent various letters to the Dutch Government in which several topics were raised to keep the Dutch Government aligned and give the possibility to comment and complement. The process of drafting the National Recovery Plan was explained in the letter of September 24, which was addressed to Minister Plasterk. On October 1, 2017, a request was made to the same Minister to extend the time for establishing an Integrity Chamber since October 31, 2017 did not seem no longer realistic, due to the catastrophic impact of hurricane Irma and the necessary shift in priorities first towards emergency, followed by recovery.

On Friday, August 31 – the weekend before hurricane Irma – the draft legislation to approve the establishment of the Integrity Chamber was approved by the Council of Ministers and forwarded to the Council of Advice for their advice. The phase of consultations, – between high-level civil servants as was agreed upon in the verdict of the Council of State (July 6, 2017), due to an impasse between the Government of the Netherlands and Sint Maarten – has been completed. The outcome of the verdict of the Constitutional Court had to be taken into consideration while drafting the legislation.

Despite not having a realistic and feasible deadline of October 31, the Prime Minister stated that “the Government of Sint Maarten will remain committed to finalizing the process as soon as possible,” while still awaiting a response to his letter of October 1, 2017.

The Government of Sint Maarten considers it self-evident that there are conditions related to the Dutch financial contribution in terms of ‘checks and balances’. In the last letter of October 11, 2017 addressed to the Prime Minister of the Netherlands, Mr. Mark Rutte, the preparatory work that the Government of Sint Maarten has put in place to ensure an effective recovery and reconstruction by means of a programmatic approach, as elaborated upon in the interim report ‘Workgroup National Recovery Plan’, was again explained. In this letter, the importance of transparency and accountability was stressed.

“Establishing an Office for Recovery and Reconstruction tasked with managing the implementation of the initiatives, projects and program” that will form part of the final report of the National Recovery Plan combined with “a system of controls that will include public tenders, monitoring and evaluations to ensure proper spending of Dutch funds” were elements proposed to guarantee these aspects of transparency and accountability. It was even proposed to have the Dutch Audit Chamber audit the projects that are being funded with Dutch financing.

The letter concluded with a request of the Prime Minister of Sint Maarten, Mr. William Marlin “to jointly discuss the coordination of priorities of the recovery and reconstruction of Sint Maarten and the Dutch preparedness for (financial) assistance.” The Government of Sint Maarten is still awaiting a response to this request.

“Should this be necessary and needed, support is welcomed. Support should, however, be done within the limits of the existing legal regulations, considering the statutory powers and responsibilities of Country Sint Maarten,” thus Prime Minister Marlin.

In his letter, Minister Plasterk expounded on the willingness of the Dutch Government to assist while elaborating on the conditions that according to the Government of Sint Maarten are unrelated to either the recovery or the reconstruction. The actual details on the financing are, however, lacking in his letter. That is why the government of Sint Maarten in the letter of October, 20 2017, stated: “…however, it is essential to know what the detailed specifications of the financing entail, among which: what is the total amount that will be made available; for which specific purposes the available funds can be used; which part is a grant and which part is a loan.”

An estimated funding gap amount of USD 815 million, -based on information available regarding damage assessment in addition to broad stakeholders’ involvement, by the working group NRP-, was mentioned in the letter of October 11 to Prime Minister Rutte, while five priority areas for reconstruction and recovery efforts were mentioned:
1. Sustainable economic development (including poverty eradication);
2. Education;
3. Maintenance of law and order;
4. Social Infrastructure (which includes Public Health and Public Housing);
5. Institutional Strengthening.

Prime Minister Marlin concludes his letter of October 20: “At the end of the day it is about the process for a better future of our country taking into consideration the needs of our population.”

Establishing a working group National Recovery Plan, which in consultation with stakeholders, was tasked with the responsibility of drafting the vision for the recovery and reconstruction was part of this process. A copy of the interim report National Recovery Plan was attached to the letter of October 11 to the Dutch Government for their perusal and consideration.