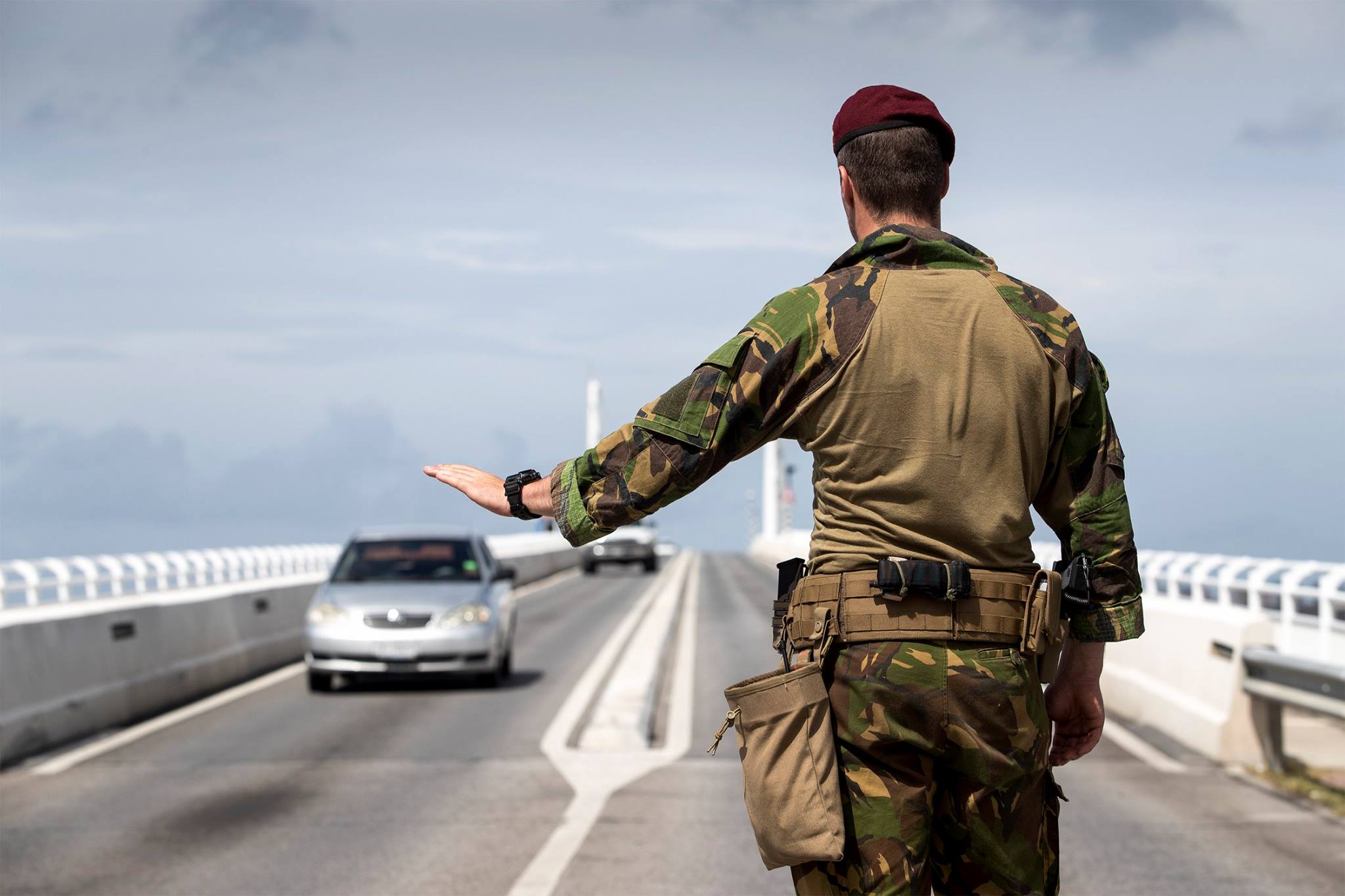 THE HAGUE–The Dutch Government and military are taking offence to the criticism of St. Maarten Prime Minister William Marlin in the NRC newspaper that the Dutch Marines did nothing to stop the looting and thieving after Hurricane Irma.

Dutch caretaker Minister of Home Affairs and Kingdom Relations Ronald Plasterk was clearly not amused, and neither were Defence Minister Jeanine Hennis-Plasschaert and Commander of the Naval Forces General Rob Verkerk.

“It is complete nonsense,” Plasterk told Radio 1 on Monday morning. “Dutch relief workers did a very good job, including the maintaining of law and order, while that was a task of the local police. If the Dutch Marines had not been there, the humanitarian disaster would have been far greater. There are marines on every street corner to ensure the safety of the people,” he said.

“Our people are doing great work conform the agreements with civil authorities, and much more than that! From emergency assistance to rebuilding,” stated Hennis-Plasschaert in a tweet.

“My people have acted within their boundaries of capacity from the very first moment,” stated General Verkerk in a tweet.

In the NRC article, published Sunday evening, Marlin criticised the handling of the marines right after the passing of the hurricane. “The curfew was not enforced, there was looting, the marines watched and did nothing,” said Marlin.

According to the Prime Minister, clear agreements had been made before the hurricane. He told the Dutch newspaper that he had a meeting with Chief of Police Carl John and the commanding officer of the Marines before Irma. “Something went wrong in the communication.” He said that “nobody showed up” to enforce the curfew. “Government gets the blame. Surely government is also responsible, but you cannot expect Ministers to throw up road blockades themselves.”

Marlin stated in the NRC interview that there was “miscommunication” about the relief goods at the airport, and that when government officials showed up there, they were informed by the Dutch militaries that there were no goods. “This proved to be incorrect, the goods were there.” He did say that the militaries were now doing good work at the airport.

The newspaper asked him to respond to the remarks by St. Maarteners that the St. Maarten Government was unable to address this disaster and that the Netherlands should take the lead. “That is absolute nonsense. Of course financially our government cannot handle this disaster, I don’t think that any country can when it loses its entire economy.”

Minister Plasterk stated in the Radio 1 interview that he had called Marlin on Sunday evening to inquire about the NRC interview. “He told me that he didn’t have an interview with the NRC, which seems odd to me. I assume that the interview took place considering the publication of the article and a photo.”

The Minister called the situation “annoying, especially because Marlin assured me yesterday that there was no interview.”

Asked about Marlin’s comment about the reported lack of action of the marines to stop the looting, Plasterk said it was “highly unwise” of the Prime Minister to have criticism about the work of the marines in these times of emergency. He said that he would not give more comment on the matter at this time.

The Minister did say that the Dutch Government fully supported the work that Defence and others are carrying out in St. Maarten. “They are doing crucial work and they should continue that. This is not about local politicians, but about the people who are in dire need of assistance,” said Plasterk, who mentioned the well-appreciated help of Aruba and Curaçao. “We will continue what we do, helping the people directly.”

Member of the Second Chamber of the Dutch Parliament Ronald van Raak said Marlin had done St. Maarten a “great disservice” with his criticism about the marines. “The disaster has made the people in the Netherlands aware of St. Maarten’s existence and plight. The Dutch people and government have offered help, people have made donations.”

According to Van Raak, Marlin “destroyed” the confidence of the Dutch people in St. Maarten which had grown since Hurricane Irma. “It confirms people’s belief that whatever the Netherlands does, it is never good enough. This will surely have consequences for the reconstruction of the island. Marlin has done St. Maarten a great disservice with his statement,” he said.