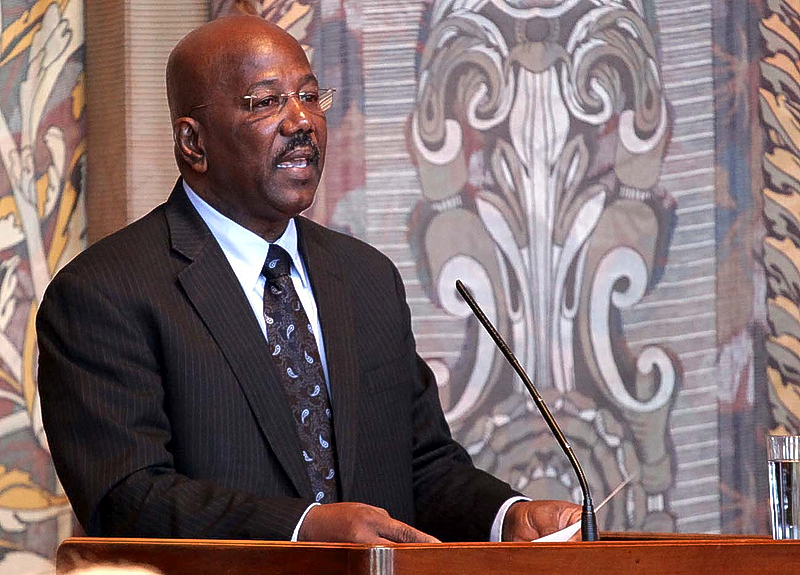 PHILIPSBURG–The Corporate Governance Council (CGC) has requested an urgent meeting with Prime Minister William Marlin to discuss the possible misinterpretation of correspondences between the parties.

Marlin told reporters at the Council of Ministers press briefing on Wednesday that the meeting will be held this week. Marlin declined to discuss reports that he had asked the CGC to make their positions available saying, “I will be meeting with the CGC this week and after that meeting I will have a public discussion, if it’s necessary, on the way forward and what has led to where we are at.”
“Rather than going into any further discussion on this issue and create any unnecessary bad blood, I will meet with CGC this week and once we have had our discussions and parties get to clarify whatever misunderstanding there is, we will move forward from there.”
Marlin said there had been “no bad relationship” between him and the CGC. He alluded to issues that the CGC and government had been discussing related to the CGC getting funding to run its operations, which it had been lacking since it began functioning.
He said the country is in an election year and there are persons who would be quick to “run to the media” as everyone wants to “get bragging points” over other persons and everyone wants to throw others “under the bus.”
He said for seven years the Chief Executive Officer’s (CEO) post at TelEm had been vacant similar to how the new government administration building had been unoccupied for eight years. “Why previous governments did not fill the position I do not know…”
Marlin said TelEm’s Supervisory Board had informed him about the vacant CEO post that needed to be filled as the company had been going through important discussions and important changes. “There have been talks about merging or selling shares of TelEm etc. and we need to have a full management team. So the Board went out and started the process to appoint someone. Two members were submitted to government, for government to make a choice of one of them, which we did. And a name was sent on for the screening (to the CGC).”
The Prime Minister said when he sent the name for screening he received a letter from CGC indicating that they could not move forward with the screening, as they needed the name of the second candidate as well. The requested information was sent to the CGC so as to not delay the process. Marlin said when he received the letter from the CGC, he interpreted it and he reacted. The CGC has since responded to Marlin’s correspondence, saying that there must have been a “misunderstanding” and therefore they requested an urgent meeting “for us to clear up the matter.”
“That meeting will be held most likely this week. I’ve discussed the issue briefly with the Chairman of the CGC… and he said ‘I think you misread our letter or we have misread yours,’ but we are to meet.”

Source: Daily Herald
Marlin to meet with CGC on ‘misinterpretation’ of letters