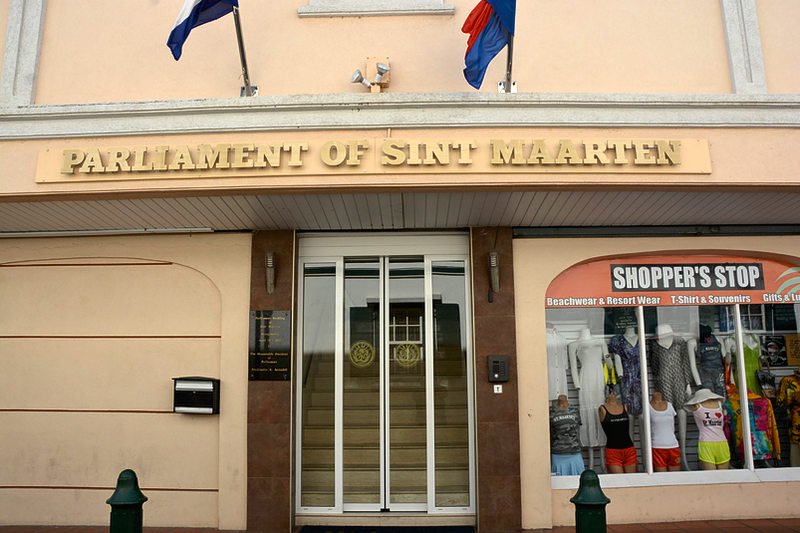 PHILIPSBURG–The people of St. Maarten will have to wait to hear the answers to questions posed by Members of Parliament to Prime Minister William Marlin about the disaster management response prior to and after monster Hurricane Irma which slammed into the country on September 6.

The continuation of an urgent sitting of Parliament stalled this morning due to Marlin’s absence. He is said to be off-island on a family-related medical matter.

MP Franklin Meyers (United People’s party) objected to the continuation of the sitting that dates back to September 25. The objection of just one MP is enough to halt a meeting based on the Rules of Order of Parliament.

Meyers said on the floor of Parliament he “opposed” the continuation of the meeting due to Marlin’s absence. He further explained that the start of the sitting in September when MPs queried why the other six members of the Council of Ministers were not present for the sitting, Marlin said he was responsible for the country’s disaster management was therefore ultimately response.

Following that train of thought, Meyers said MPs asked specific questions about Marlin’s thought process when making decisions prior to and after the hurricane. Those questions require the prime minister to be present for the session.

The meeting will be recalled in the coming days, depending on Marlin’s availability.

Aside for Meyers’ objection to Marlin’s absence, there was another scenario MPs could have objected to based on the Rules of Order – namely Wescot-Williams chairing the session.

The MP was one of the speakers in the past deliberations and submitted a motion pending approval by Parliament. The rules allow for any MP to object to her taking up the chairmanship, but no one did, allowing the meeting to proceed to its ultimate premature suspension.

Wescot-Williams had to take up the chairmanship of the meeting due to the absence of both deputy chairmen MPs Rodolphe Samuel (National Alliance) and Frans Richardson (United St. Maarten Party).