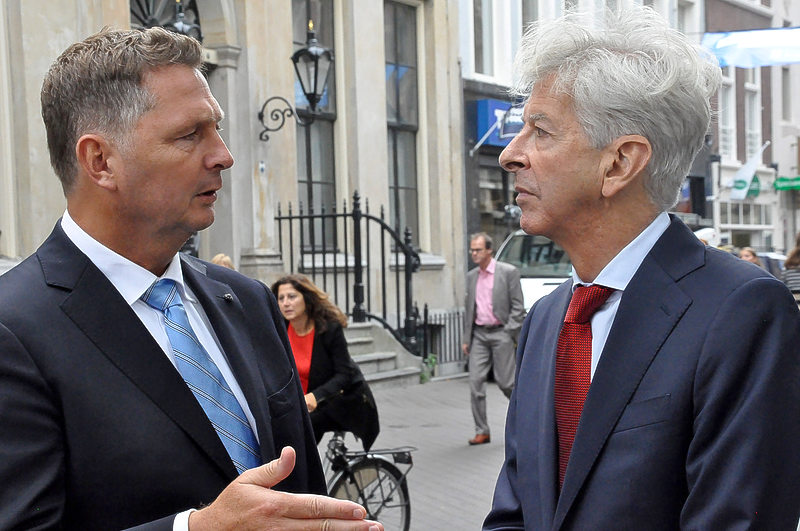 THE HAGUE–The tone used by St. Maarten Prime Minister William Marlin last week when he stated that he would not cooperate with an Integrity Chamber and that The Hague should “send in the troops” if it wanted to force through its decision met criticism in the Second Chamber of the Dutch Parliament on Tuesday.

Liberal democratic VVD party Member of the Second Chamber André Bosman expressed his discontent during the weekly Question Hour in which he sought clarification from Dutch Minister of Home Affairs and Kingdom Relations Ronald Plasterk.

Bosman said it was unacceptable that Marlin had used these words in objecting to the intentions of the Kingdom Government to see to it that St. Maarten gets an Integrity Chamber. Minister Plasterk stated that he had voiced his discontent about Marlin’s remarks via the Dutch Representation in Philipsburg VNP.

Both Bosman and Plasterk referred to the various reports that have been drafted in the past years that showed the lack of integrity within the St. Maarten Government and elsewhere in society. The Dutch Government, supported by the Second Chamber, wants to see a follow-up to these reports and has been pressing to set up an Integrity Chamber for St. Maarten.

“St. Maarten kept saying that it would comply, but lets it pass every time. St. Maarten needs integrity in government. For the Prime Minister to now say, ‘I am not doing it and if you do, well then, call in the troops,’ is intolerable,” said Bosman.

He suggested that Plasterk engage in talks on a ministerial level to address St. Maarten’s objections and Marlin’s use of words. “It needs to be clear that this kind of use of language is undesirable, that it is not conducive to the mutual relations and that this is not the way we treat each other in the Kingdom,” said Bosman.

Plasterk said he would “choose his own moment” to address matters such as these, but stated that he had notified the St. Maarten Government, via the Dutch Representative in Philipsburg Chris Johnson, that he was “peeved” by Marlin’s remarks made during the weekly press briefing last week Wednesday.

Bosman said the Kingdom Charter implied certain responsibilities of all four countries within the Kingdom and the countries had to accept it without abnormal reactions when measures needed to be taken. “Unfortunately that is not the case,” he said, also referring to Curaçao politicians who challenged The Hague to “send the firing squad” following the intervention of the Kingdom Council of Ministers two weeks ago in the local elections.

“If that is the Kingdom anno 2017, then I am highly disappointed. What are the Charter and the Kingdom still worth? Is this the way we treat each other in the Kingdom?” Bosman asked.

Plasterk responded that the Kingdom consisted of four countries, that they were bound to the Charter and that they all had to stick to legally-taken decisions.

He said he assumed that St. Maarten would carry out the instruction issued last Friday via a General Measure of the Kingdom Government (“Algemene Maatregel van Rijksbestuur” AMvRB) to establish the Integrity Chamber. He said the draft AMvRB had been sent to the Council of State, after which the Kingdom Council of Ministers would take a definite decision.

Bosman applauded what he called the “forceful” actions of the Kingdom Council of Ministers, which he considered “very wise.” “There was too little attention for the islands in the past, which has resulted in things getting out of hand. It is wise to draw in the reins and to take responsibility,” he said.