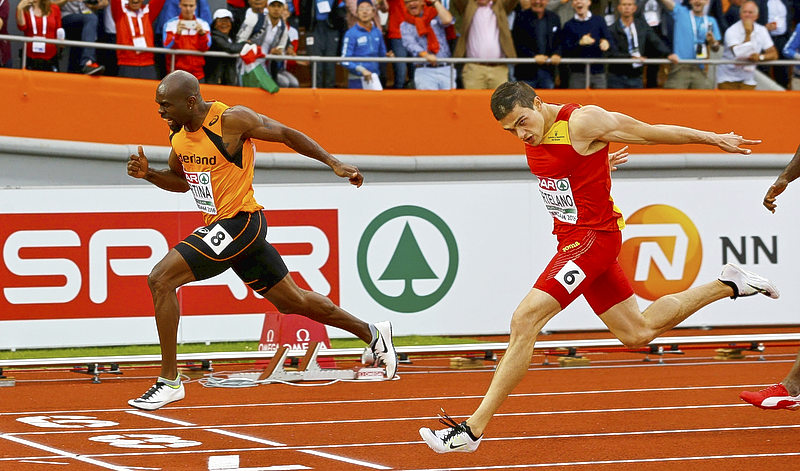 AMSTERDAM–Dutchman Churandy Martina was dramatically disqualified after winning the European Championships Athletics 200m, meaning he missed out on the contintental sprint double.
Running in the outside lane, the 32-year-old home favourite held his nerve off the bend and steamed through the line in the winning time of 20.37sec. But Martina was later shown to have strayed into another lane and was disqualified just as he was in the 2008 Olympic final in Beijing.
Spain’s Bruno Hortelano, in 20.45sec, was handed gold, Azeri-born Turk Ramil Guliyev (20.51) upgraded to silver, with Briton Danny Talbot moving on to the podium to take bronze (20.56).
Martina, a three-time Olympian and 2012 European 200m champion, won the 100m on Thursday in a season’s best of 10.07sec.