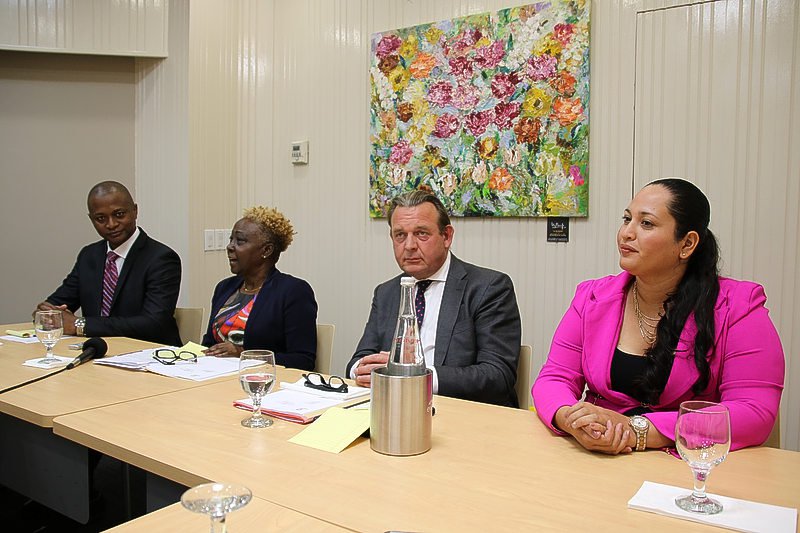 PHILIPSBURG–There is a temporary change of management at Miss Lalie Youth Care and Rehabilitation Centre, situated in Cay Bay. Director of the facility Natasha Carty has left her post and informed Minister of Justice Edson Kirindongo that she will be out on sick leave until further notice.

This came as a surprise to the Minister who was required to find a temporary replacement for Carty on short notice. Point Blanche Prison Change Manager Richinel Martina who was recently appointed has taken up the position of Acting Director and will work three times in the week at the facility.

Martina works alongside Prison Director Edward Rohan, under the direct supervision of the Justice Minister at the prison. “I am going with what I know. Carty sent a letter to my ministry informing that she is sick and does not know when she will return. In order for management of the facility to continue, I had to place someone at the centre.”

“Martina has 16 years of experience working for a youth detention facility in the Netherlands. This is why I chose him to go and handle the management until I find a permanent solution,” said Kirindongo in an invited comment on Wednesday.

Carty serves as the first director of the youth detention centre and represented the organization at a recent graduation at the Point Blanche Prison. The reasons behind her sudden sick leave are unknown to many.

The Miss Lalie Centre (MLC) officially opened its doors on December 10, 2014, in the presence of former Minister of Justice Dennis Richardson, family and friends of the late Eulalie Meyers and stakeholders. The facility provides a structured living and learning environment to boys ages 12 to 18 years who have been placed there by judicial authorities under a civil or a penal title.

The Centre caters to a maximum of 18 residents. The main goal of the facility is to provide tailored care and rehabilitation to the youth of St. Maarten and surrounding Dutch Caribbean islands. The residents receive counselling, guidance and treatment within the facility. For each resident an individual treatment plan is formulated depending on the different challenges confronting the person in question.

Over the past two years the Centre has worked alongside local partners such as the Court of Guardianship, The Sint Maarten Police Force, The Sint Maarten Justice Academy and the Prosecutor’s Office. MLC has work together with Horizon youth care and education, an institution for open and closed residential care in the Netherlands.

The vision of the Centre remains to provide a safe, secure and structured living and learning environment with tailored care and rehabilitation.

“We aim to assist the youth to develop individually to their full potential, persistently encouraging and inspiring them to accomplish their goals in life.”