Home Local News Masked youngsters should have ID during jump-ups 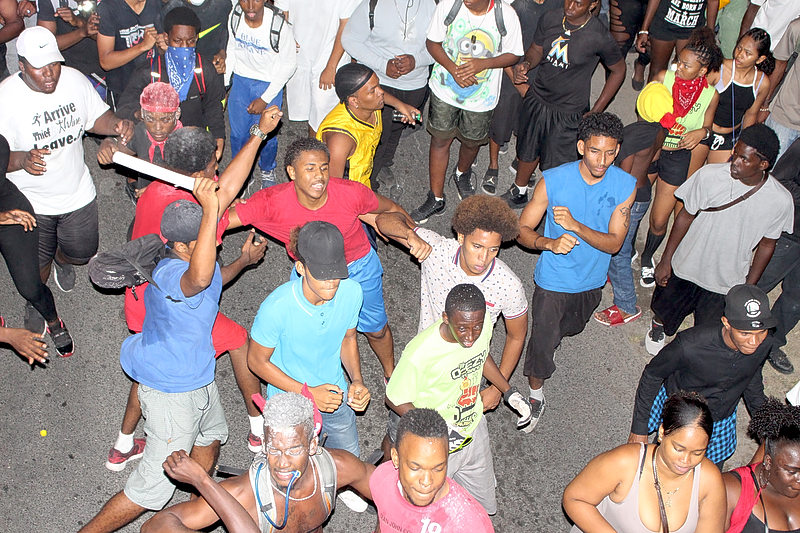 PHILIPSBURG–One of the issues being tackled by police during this Carnival season is youngsters, men and women who have their faces covered in some form or fashion to conceal their identity. Police will no longer tolerate this and will be asking these persons for an identification (ID) card.

According to police spokesman Chief Inspector Ricardo Henson on Thursday, “These persons conceal their identity and take advantage to act out with extreme violence against others, causing fights and a lot of disruption to others during these events. Police officers will be reacting to this issue at their discretion and approaching persons with their faces covered, asking them to identify themselves with proper identification (picture ID).”

The 2017 Carnival season has already started even though the Carnival Village has not yet officially opened. The Causeway Jump-Up has already taken place and it was unfortunate and unnecessary that a 14-year-old boy was seriously injured by another teenage boy with a weapon during this event. Due to the severity of the injuries the victim sustained he was flown off island for further medical treatment.

A teenage girl was also injured during this incident and treated for her injuries. The suspect in this case has been arrested and remains in custody for further investigation.

The Police Force sends out a stern message to all youngsters and their parents: The Police force is approaching the Carnival season with a zero-tolerance policy. Any criminal activity and or misconduct will not be tolerated and will be dealt with immediately and swiftly.

Henson said parents should take the responsibility to talk seriously to their children about the consequences of their actions such as alcohol and drug use and abuse, before they leave the house to attend any of these events.