Home Local News Master’s student: The apology – it’s whatever, thanks, no thanks |... 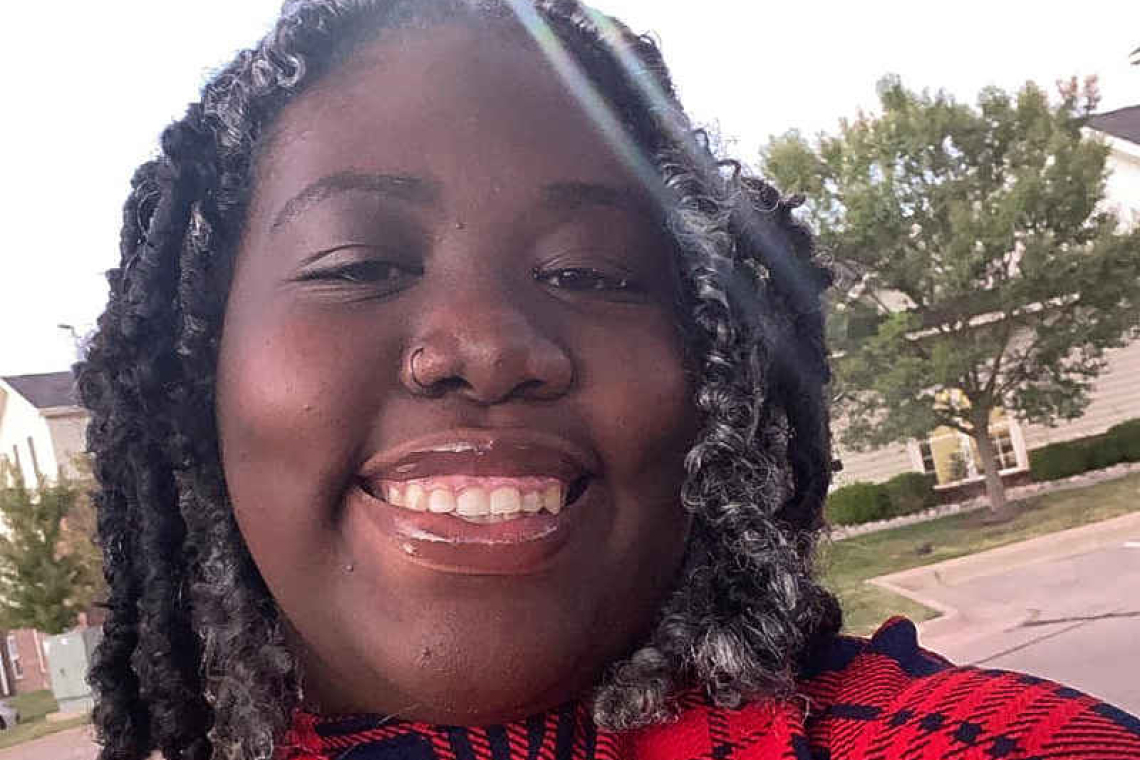 PHILIPSBURG–Master’s student of political science with a concentration in international relations at North-eastern University Kamilah Gumbs minced no words in expressing her sentiments about the Dutch government’s apology for slavery past delivered in The Hague, the Netherlands, on December 19.

Her remarks were read by Lysanne Charles during a ceremony held at University of St. Martin (USM) where local officials got a chance to respond to the Dutch apology.

“We know, the Netherlands is a mega coloniser and needs to be held accountable for their crimes. I am curious to see the findings of the investigation. However, the fact that we are wasting our time and energy to argue whether we accept it or not, and this is what really should happen, instead of community work, holding our elected officials accountable and doing adequate research, that would tell you [the Caribbean Community’s – Ed.] CARICOM’s 10 step plan doesn’t make any sense, is disappointing and laughable,” noted Gumbs, who honed her leadership skills as a member of St. Maarten Youth Parliament, which she served as President from 2016 to 2018, and currently serves as an Alumni Advisor. She has a passion for policy, and a vision to see St. Maarten take its rightful place on the global stage.

She said the Dutch government’s reaction to the document “Chains of the past” is something that will not have an impact on how people function day-to-day in St. Maarten. “From a policy and political standpoint, this is the first step for the Netherlands to make amends on the global stage as they have received pressure from the United Nations and the new findings of oil in Guyana, where there was the historical Dutch presence and a neighbour to Suriname. While I mention the actions of the Dutch government regarding this apology are not something we need to fuss about, this should be the time to have important conversations about our stance as a country within the Kingdom,” she noted.

“The Charter of the Kingdom of the Netherlands, which is commonly referred to as the Statuut, is a document that has outlined the relationship between the Netherlands and the Dutch Caribbean since 1954. While it was adjusted to reflect the change of 10-10-10, there has not been a true revision of how we interact with each other within the Kingdom. And that is a problem. Functioning on a document that is reflective of the past, means how we function is archaic.”

Now that discussions are happening on “the harms” of the Dutch in the past and how it impacts the future, she said the first step moving forward is to have a dialogue. “Speak with people. From grassroots organisations to government, we function solely in bubbles and only listen and engage with persons who agree with our stance 100%. That is ineffective for any meaningful change. The issue is, we lack discipline, and we lack the skill of diplomacy. We want to yell about what we believe we are entitled to before having any previous conversations. Would you walk up to your neighbour and tell them they are entitled to give you the extra bag of sugar in their cabinet because you do not have any sugar and you saw them take the last one from the shop? No, you would not, and your neighbour might never speak to you ever again,” she said.

“That is the problem we have here in St. Maarten. We are quick to blame, alienate, refuse to converse, and not hold ourselves accountable for our actions, so it becomes impossible to have conversations around remuneration and how the Dutch can assist in helping us build a better St. Maarten.”

She stressed that St. Maarten is a unique country that boasts about its people, culture, and what it provides, but questioned, how can we continue to be boastful about ourselves if we are not working on correcting our wrongs and improving our community?

“The issue we have when we start yelling about reparations and the path to independence is that we are twenty steps ahead and have not started with an outline. A friend of mine made a statement that I believe describes our issue as a people perfectly “Focused on the horizon and not the shore.” We dream, sing, and dance about us being a free country, away from the colonial bondages, but if we look at our shore right now, it is dutty. Dutty bad. Our education systems are crumbling, our ecosystems are dying (for Christ’s sake, leave the mangroves alone), and our people are hungry, struggling to pay rent and GEBE. The average man is debating if they have the will to survive. Why are you so hell-bent on this apology when we got things to sort out first?” she asked.