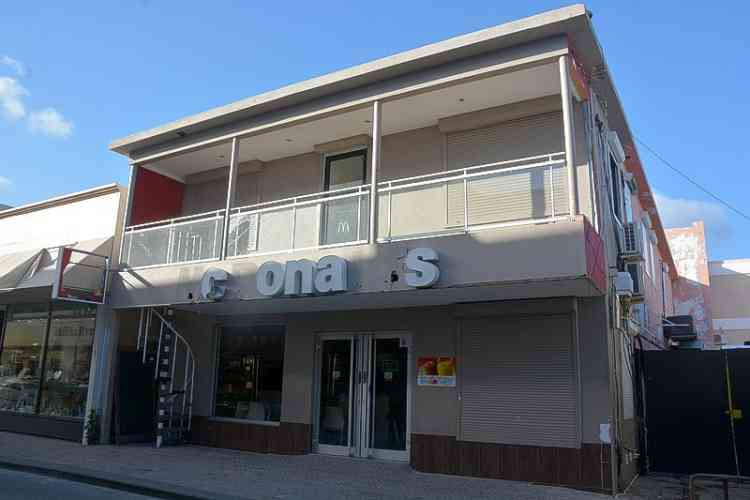 PHILIPSBURG–McDonald’s enthusiasts in Philipsburg will have to travel a bit farther to enjoy their favourite fast food treats, as the chain’s Front Street restaurant and its satellite location on Boardwalk Boulevard will not be reopening.

The Philipsburg locations were amongst the branches that were battered during the passing of Hurricane Irma in September last year.
Franchise holder Michel Lepine told The Daily Herald that the contract for the Front Street location had come to an end and it had been agreed with McDonald’s to not reopen this location.

“We will not reopen Philipsburg because the contract came to an end and we agreed with them [McDonald’s – Ed.] that Philipsburg is not, for us, the best possibility for development,” Lepine said, adding that unlike the Belvedere and Simpson Bay locations, there is no parking space and the Philipsburg location is inconvenient for customers.
Lepine said each of the McDonald’s locations caters to a different market. While some are frequented primarily by tourists and nightlife customers, others are frequented more by locals, and the locations do not compete with each other. He said this makes the various locations balanced for the island.

The Boardwalk Boulevard location was a satellite of the Front Street restaurant and “I cannot imagine running this small operation all the way from Dutch Quarter, because we will need to bring supplies regularly and we will also have to look after the operations in a regular way, so this is a location that we will close as well,” he said.

Regarding the other locations in the country, he said McDonald’s had opened a drive-through at its Simpson Bay branch last week. The Simpson Bay food store will be reopening this Saturday, March 17. “It will be ready and customers will have access to everything, including the play land,” he said.

The Belvedere location should be ready in April and is expected to reopen during the second half of that month. Lepine said part of the building had been completely destroyed by Irma and construction is still in progress.
The French St. Martin location is expected to be reopened in early May. “This is the best we can do at the moment,” he said.

The delay in re-opening the Simpson Bay location is due to an issue with the arrival of one of the containers which contains supplies such as the ceiling tiles needed for the location. The container is expected in the country this week.

Lepine said all of the McDonald’s employees have been retained with the exception of those whose contracts have expired. Staff have been paid 70 per cent of their salaries every month since September, when the stores were damaged during the hurricane.
Currently, the staffers from the Dutch St. Maarten locations are working together and undergoing refresher training at the Simpson Bay branch. As the other locations come online, they will be transferred to those locations to service customers.

Lepine said he appreciates the patience of customers and thanked motorists for their patience. Since the reopening of the Simpson Bay drive-through the restaurant has been very busy and, as a result, the line of vehicles extends into the street even though the staff has been working to reduce the lines as fast as possible. He apologised to motorists for this.