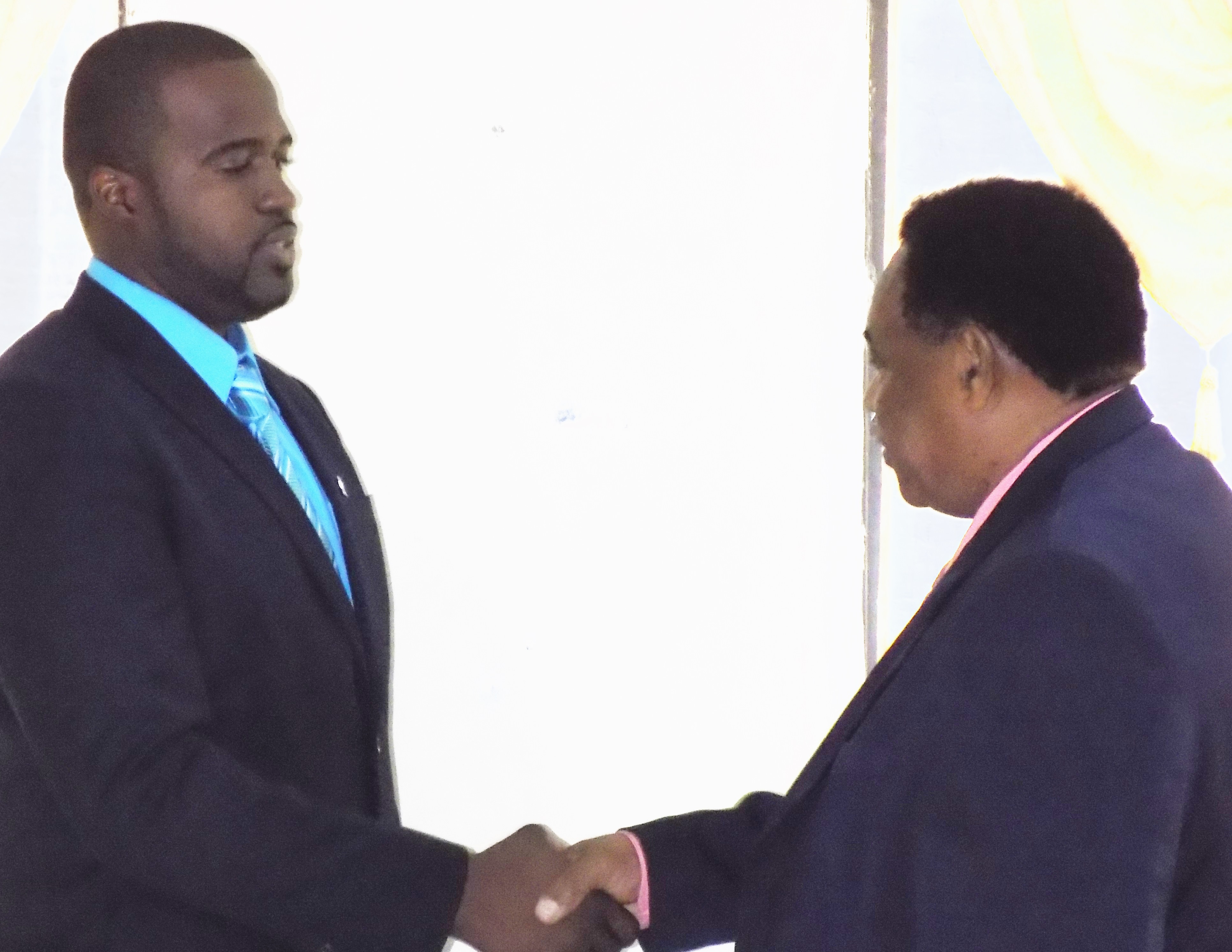 ST. EUSTATIUS–Charles A. Woodley was sworn in Wednesday afternoon as Commissioner in the Executive Council after the Island Council, after lengthy deliberations passed a motion to send Commissioner of Finance Astrid McKenzie-Tatem home.

The motion of no-confidence was passed with the coalition partners in the Island Council leader of Progressive Labour Party (PLP) Clyde van Putten, party member Rechelline Leerdam and coalition partner Reuben Merkman (independent) voted for the motion. The opposition Democratic Party (DP) abstained from the vote.

PLP called upon McKenzie to resign over the weekend due to her failure to bring the island’s finances in order, and because her “performance, professionality, attitude, and loyalty towards the island, the coalition, the party, and the party leader have left much to be desired,” the PLP board stated in a letter to her.

McKenzie, however, declined to comply with the request and said a debate about her resignation should be held on the floor of the Island Council.

After McKenzie’s resignation, Woodley immediately took the oath of office and was sworn in as Statia’s new Commissioner at the Lion’s Den, where the Island Council meeting took place.

Woodley was born in December 1976. He is married and has two children. He attended school in Statia, Curaçao and the Netherlands. He returned to Statia in 2007 upon the request of politician Franklin Brown of St. Eustatius Empowerment Party (STEP). He participated in local election for the first time in 2015, when he received 63 votes. He said he was optimistic about his political future, despite knowing there would be a lot of challenges.

A committee was formed to have his documents checked, which comprised Van Putten, Merkman and Adelka Spanner (DP). When the appointment of a new Commissioner was called to a vote, three were cast in favour of Woodley, one for Leerdam, and one vote was blank. In the presence of his relatives, Woodley expressed his appreciation to the Island Council for giving him this opportunity to serve his island.

Councilman Merkman said the new Commissioner had no easy job, “but with drive and passion you can manage. “You know the plans, the goals and dreams that we came in with and that we need to accomplish, and like my colleague said we know it would not be an easy road, but I know you have the stamina and the drive, and you can handle this. I say good luck with the two years and more,” Leerdam said.

Van Putten also took the opportunity as PLP fraction leader to congratulate Woodley on his appointment as Commissioner and wished him strength for the future. “You can disagree when you need to disagree, you can stand up and be firm, when you need to do so, but always do so with respect. Always remember that you are not working for you, that you are a servant to the people.”

He said Woodley was a leader. “And leadership, irrespective of whatever people may think or say, leadership is required, decision-making, being decisive and making decisions is what is important in moving on.”

DP Island Councilman Koos Sneek said that even though the new Commissioner was not his choice, he would follow him critically as he followed the other Commissioners. “I will respect the democratic procedure, you are the Commissioner and we are going to deal with you in the Island Council.”

Spanner thanked McKenzie for her efforts for Statia. “She is a strong lady. I admire how she stood up here today and represented herself…I like to commend her for being so strong and wish her much success in her future endeavours. You must take that long vacation that you rightly deserve. I know you spent a year-and-a-half in government and you are entitled to vacation allowance, so I hope you will take the rest you deserve before you go on to another engagement.”.

Spanner also congratulated Woodley. “I hope you will put the money where your mouth is. We of the DP like to be very critical and we like to have every “I” dotted and every “T” crossed. We will be watching you and point out any mistakes…Not just to show your mistakes. It’s to tell you where you are going wrong, so that you can better yourself.”