Home Local News McSood: ‘We are proud of the past, excited about the future’ 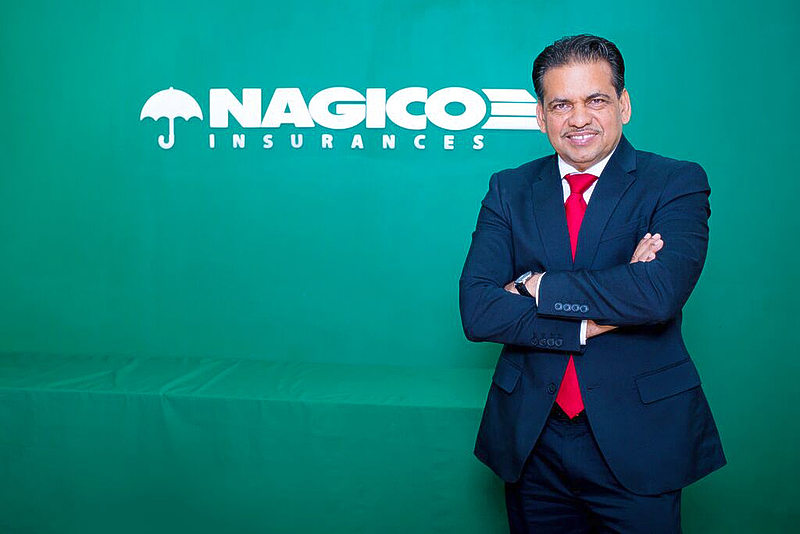 PHILIPSBURG–NAGICO Group Chairman Imran Amjad McSood is proud of the strides and impact NAGICO Insurances has had on the community of St. Maarten and the region since its establishment 35 years ago.

NAGICO was established in St. Maarten on February 1, 1982, and McSood, along with employees Gervaise Schoobaar and Carol Gane-Cangieter has been with the company from the inception. McSood was one of the many persons who pounded the pavement to grow the company from zero clients to the largest insurance company in St. Maarten and in the Caribbean region today.

“We are proud of our past and excited about the future. We are looking at further growth through a strategic plan that takes us to 2020 called The NAGICO 20/20 Vision,” McSood said, when asked what the future holds for the company. “I am delighted and grateful to be around still and to see and celebrate 35 years of commitment to our community, country and the Caribbean.”

McSood grew up in a farming family in rural Guyana. He joined the workforce as a teacher moulding young minds before switching to the insurance industry in his native Guyana. Always a determined person, McSood pursued studies in the insurance field to develop himself in the industry.

His perseverance led to him becoming the youngest Chartered Insurer in the Caribbean in 1981. He was not yet 25. He earned a reputation in the field and started receiving job offers from around the region. He accepted an offer to work in St. Maarten, moved to the island in 1982 and began working as an Underwriting Manager at NAGICO.

The company was founded by a group of local businesspersons Richard Gibson, Charles Vlaun, the late Vance James Sr., Cleveland Beresford, Albert Fleming and Albert Wathey, with paid capital of US $75,000.

In his initial days McSood prepared all the policies and forms and dealt with all claims, etc. The teething problems of the new company were numerous in the early days, including insufficient capitalisation, the early resignation of the managing director, the subsequent resignation of the office manager and the unfortunate passing away of the then reinsurance manager.

“The challenges were plenty: Small capital, [the company was – Ed.] unknown and brokers were unwilling to represent us,” McSood told The Daily Herald.

Being new to the island and with top brass of the company no longer there, NAGICO’s future looked bleak. Not one to accept failure and with the support of the shareholders and directors, particularly Gibson, McSood made up his mind to turn things around and set out to work hard. He described Gibson as a “brilliant man,” whose guidance through rough times could be counted on and from whom he had learnt a lot.

“We had to build from the ground up with 12- to 16-hour days to get business, handle claims and reinsurance, etc.,” he said, thanking Schoobar and Gane-Cangieter, who have been with the company from the inception and who have been with him through the good and bad times until today.

McSood’s years of hard work and that of the team around him paid off and NAGICO slowly but surely began making its mark in the community. It experienced significant growth over the years and is today the largest insurance company in St. Maarten.

Today NAGICO has two locations in Dutch St. Maarten (one in Philipsburg and a service centre in Cole Bay), a branch in French St. Martin and is represented in 21 territories around the Caribbean region. The latest addition is Turks and Caicos which NAGICO entered in December 2016.

The company also is represented by more than 20 brokers on this island alone. It has 108 employees who focus heavily on customer service and has a Roadside Service to help its customers with roadside issues.

McSood said NAGICO is driven by results and today has the most equity in the non-life-insurance companies, which determines the strength of insurers.

NAGICO is cognizant of its responsibility as a good corporate citizen and has also made its mark as being very community-minded. McSood said the company’s major contributions on the island over the years range from educational, cultural and social to sporting and business development, amongst others.

He said the biggest impact has been NAGICO’s ability to reverse the trend of foreign companies coming to the island to do business and instead has become an exporter of services to most of the Dutch, French and English Caribbean, with St. Maarten as the centre of management.

“We are a dynamic company and a strong practitioner of fast and fair claims service, great adaptable policy services through a network of highly qualified staff and agents. We have the most qualified insurance professionals with nearly 30 qualified professionals throughout the region,” he said.

McSood believes the industry can be improved through more consultations with Government and insurance representatives and more training across the industry leading to a more professional development and environment.

He is grateful to all the clients who have been with the company over the years helping to contribute to its growth. “Their patronage is most appreciated and we feel privileged to be serving and protecting them through good and bad times,” he said.

As for the importance of insurance, he said one bad event could destroy everything a person has worked for and there are no known ways yet to determine what can happen catastrophically and otherwise from one day to the next.

“Insuring with a company that has a proven track record and experience, solid financial strength and renowned for great services can take care of the unknown but very likely incidents and provide security,” he said.

His message to youngsters who want to follow in his professional path is simple: “There is no alternative to hard work. Be conservative on spending and have a desire to keep doing better at all you do.”

Outside of his passion for the insurance field, McSood is a sports enthusiast who loves cricket and has ploughed a lot of resources into developing the sport on the island. His work has not gone unnoticed. He received a Royal Decoration as an Officer in the Order of Orange-Nassau in 2015 for his valuable contributions to St. Maarten over the many years, ranging from donations to educational, social, sport and other projects.

It was said during his decoration that the development of cricket in St. Maarten would not have been possible without the groundwork of founding and developing the St. Maarten Cricket Association and the annual contributions made by McSood [throughout – Ed.] the years.

McSood said he felt vindicated for his persistence in the sport after St. Maarten-born and -bred cricketer Keacy Cary became the first St. Maartener to play for a West Indies Cricket Team at any level and the first player to lead the West Indies U19 (Under19) team to its first World Cup victory, when he scored a massive 52 runs against India in the finals of the International Cricket Council (ICC) Youth World Cup in Bangladesh in February 2016.

McSood is also an accomplished businessman who has major stakes in several businesses with his family, including car rental and comprehensive auto sales and repair companies. He also has a soft side and enjoys writing poetry and inspirational thoughts, which he hopes to chronicle in a publication one day.