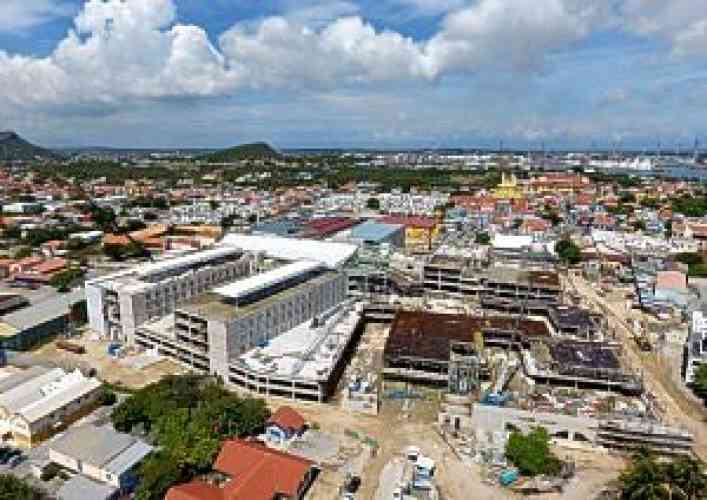 WILLEMSTAD–The medical staff of Curaçao’s St. Elisabeth Hospital has sounded the alarm bell over the structural shortage of medication. “The care of the individual patient is severely impaired.”

According to the medical staff, which voiced its urgent concerns in a press statement on Tuesday, the situation has deteriorated at the hospital since the decision of the hospital board several weeks ago to defer non-urgent (elective) medical operations.

“This because of a chronic shortage of manpower, materials and means, caused by the lack of a structural solution for sufficient financial coverage by the Curaçao government to cover the hospital costs,” the medical staff stated.

On Tuesday, another great concern was added: the lack of medication for hospital patients. “In the meantime, the situation has deteriorated in such a way that there is now also a structural shortage of medication which means that the treatment of cancer (oncology) and HIV patients cannot take place in the way it should, or it cannot take place at all.”

The medical staff warned that the care for the individual patient has come under immense pressure under the current circumstances. “This not acceptable to us,” stated the medical staff which explained that it has been in continuous contact with the hospital board.

According to the medical staff, all its requests for a meeting with the Curaçao government regarding the severe situation of patient care have remained unanswered. “The medical staff therefore urges the government to solve the current situation, conform the hospital’s request.”

The medical staff made clear that it cannot wait for the results of yet another investigation of the Curaçao government into the hospital’s finances, “while the patient evidently experiences more and more damage because of the evolved situation.” Meanwhile, Curaçao Minister of Public Health Susanne Camelia-Römer announced that she has approached the Attorney-General with the request to initiate an investigation into the budget surpassing and additional financing of about NAf. 200 million for the new Curaçao hospital HNO/Curaçao Medical Centre.

The reason for this request for an investigation, stated the Minister in a press statement on Tuesday, is the manner in which “a number of persons in the media have tried to damage the integrity” of members of the Council of Ministers, in particular her person. “On a daily basis, through slander, the image is created that we have been guilty of stealing or enriching. These accusations lack any factual basis.”

Minister Camelia-Römer pointed out that the General Audit Chamber of Curaçao, on the request of the Parliament, as well as the Foundation Government Accountant’s Bureau SOAB are already investigating the hospital dossier.