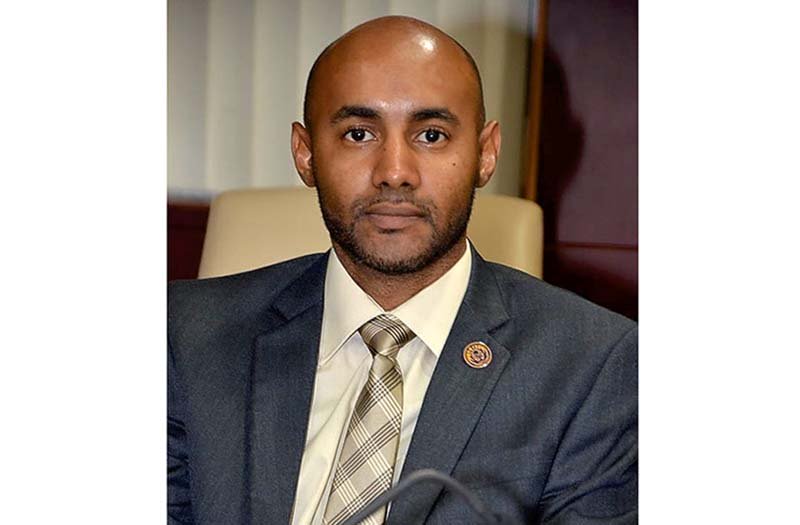 ~3 persons arrested during other home searches~

PHILIPSBURG- Anti-corruption taskforce TBO conducted several house searches on Wednesday morning, including the home of Member of Parliament Chanel Brownbill. The searches were in connection with the Emerald investigation.

The Public Prosecutor’s Office spokesman Gino Bernadina in an invited comment said that three persons have been arrested and home searches will continue as part of this investigation.

At this moment, the prosecution has not yet announced whether Brownbill is a suspect. His home was searched by the special team and a number of data carriers were confiscated.

One of the three persons arrested on Wednesday, was a police officer who is the brother of Checkmate Security Owner O’Neil Arrindell. the Checkmate owner is the main suspect in the Emerald investigation.

The Emerald-investigation started in April 2016, following reports in the newspapers and questions asked in Parliament about the contract signed between the suspect’s security company for Port St. Maarten. During this investigation suspicions arose about tax fraud, forgery and money laundering.

The investigation is part of a joint intensified fight against international fraud and corruption. Corruption and money laundering threatens the security and economy of the countries in the Caribbean part of the Dutch Kingdom. The special anti-corruption taskforce, TBO of the RST, together with the National Detectives Agencies (Landsrecherches) of Curaçao and St. Maarten and the Prosecutor’s Office have joined forces to combat corruption.