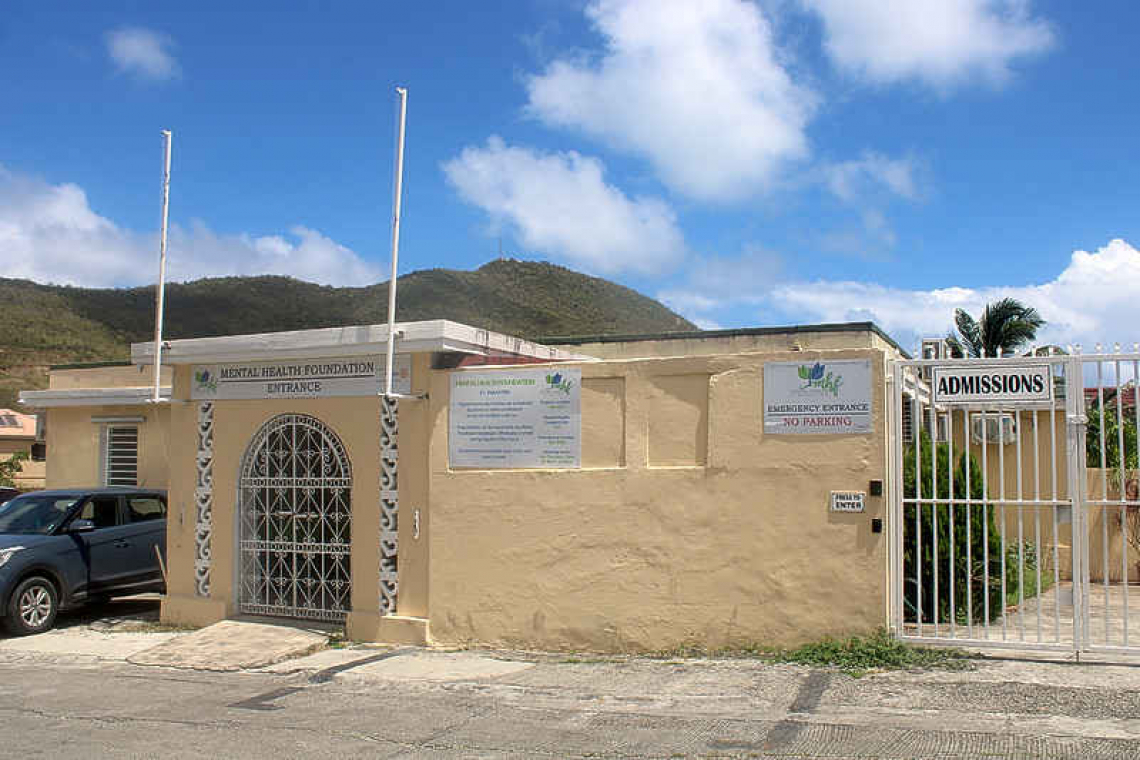 PHILIPSBURG–Nearly a year after the death of Caulette Julien (43) in Mental Health Foundation’s isolation cell in Cay Hill on August 25, 2020, her family does not yet have an answer to the question of what caused her death. Despite numerous requests from the family and their lawyer, Health Inspector Dr. Earl Best has not confirmed the cause of death.

Julien’s family has hired a lawyer. Her mother and sister want to get their hands on a report with the results of research into the cause of her death. They also want access to her medical records. This requires the cooperation of the Health Inspectorate: neither a doctor nor a patient has legal ownership of a medical file. Mental Health Foundation owns the data carrier, the computer or hard drive on which the file is stored. Because the patient does not own the medical file, the family cannot claim the file either.

The Public Health Inspectorate’s task is to monitor the quality of public health and, on request or on its own initiative, it provides information and deals with complaints. According to the National Ordinance stating the rules governing the Health Inspectorate, a law that has been in force in St. Maarten since 2015, the Minister of Health, Social Development and Labor VSA can commission the Inspectorate with specific tasks and responsibilities.

According to attorney Geert Hatzmann, Julien’s family has an interest in an investigative report and access to her file because her death has been classified as unnatural. This was established by forensic doctor Michael Mercuur. In an unnatural death under medical care, there is reason for research into the question: Did failure to provide health care cause or contribute to the death?

Julien had been receiving treatment at Mental Health Foundation for years at her own request. She suffered from bipolar disorder, periods in which she was depressed were interspersed with manic episodes. During a manic period, she was restless, very talkative, noisy and slept little or not at all.

Julien knew when she needed help. She was seen walking from her home in South Reward to the Mental Health Foundation clinic in Cay Hill to see a psychiatrist. She also told a pastor that she could not sleep and was having problems.

Her attending physician, Dr. Kitty Pelswijk, ordered that Julien be put in solitary confinement at the beginning of August last year. Although the law stipulates that a patient should remain isolated as briefly as possible, preferably no longer than twice 24 hours, Julien had been locked up for three weeks when she was found lying on the floor of the cell on the morning of August 25. She had fallen and hit her head against the wall. She was still alive.

Her family still does not know exactly what happened that morning. The Health Inspector has been asked to answer the question of what caused her fall and what exactly happened from the moment Julien was found injured and subsequently died at the scene. Where were the nurses? What was done to help Julien? Could her death have been prevented?

In case of a death under medical care where there is doubt about the cause of death, it should be reported to the Health Inspectorate. In medical terms, this is a calamity, an unintended or unexpected event that relates to the quality of a facility and has led to a seriously harmful consequence for or the death of a client.

According to the conclusions of the VSA Inspectorate report of June 23, 2021, there was no mention of a calamity on August 25, 2020. “The Inspectorate was not notified,” reads a summary report seen by The Daily Herald. According to the report, the Mental Health Foundation’s interim director, also Julien’s treating physician, was not aware of the guideline for reporting calamities to the Public Health Inspectorate and neither was the managing staff, wrote the Inspector, “although the guideline was sent to MHF in July 2018.”

According to the health inspector, “MHF in general does not have protocols for dealing with possible high-risk patients, whether physically or mentally.”

Although the Public Health Inspectorate was not informed of Julien’s death in a timely manner, the inspector did report on June 23 this year, albeit very briefly. The victim’s name is not mentioned, nor does the summary report provide a definitive answer as to the cause of death. The inspector’s findings regarding MHF’s internal organisation do not exceed a page.

According to the case law in the Netherlands, six weeks in general should be sufficient to investigate an emergency. The Public Health Inspector in St. Maarten took 43 weeks to put his findings on paper. One of the conclusions is that MHF’s isolation room is “inadequate.”

“Both audio and video feed must be properly functional and tested at the beginning of each shift. The monitoring staff and patient should be able to communicate remotely as well.” The Inspector has also been able to determine that the walls of the isolation room are not even. “Sharp edges in the structure of the walls must be covered properly.”

A year after her death, Julien’s family still has almost as many questions. On behalf of her mother and sister, attorney Geert Hatzmann is urging MHF and the Inspectorate to provide a full report on the cause of Julien’s death.